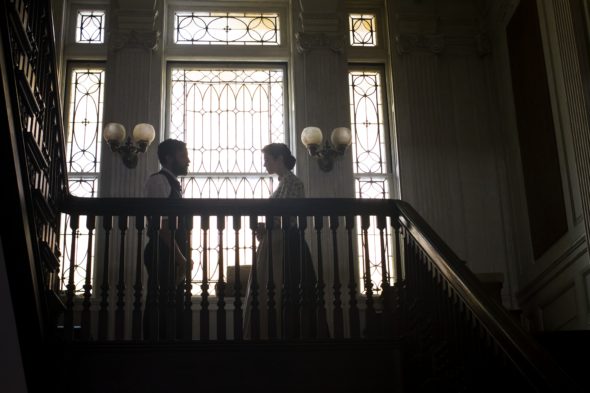 While the quality of mercy is not strained, television productions (and their budgets) often are. We are sad to report the Mercy Street TV show on PBS has been cancelled. There will be no season three on PBS. Ridley Scott, David Zucker, and David Zabel, executive produced the series. 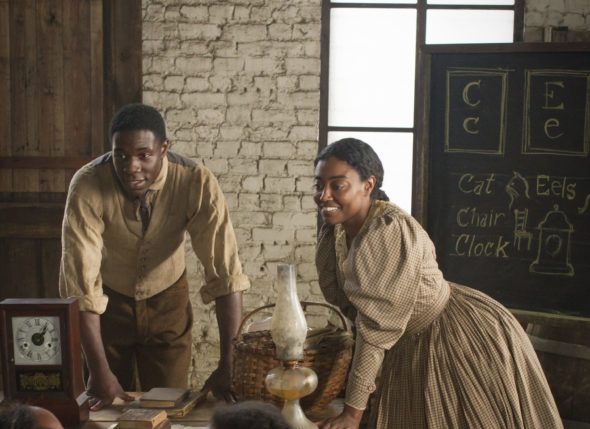 According to Deadline, PBS and producers cited funding, as well as, “the complicated nature of aligning production timelines.” Here’s more:

The first season reached 14 million viewers over six episodes (Live + 7), making it the second-highest-rated drama for the 2015-16 TV season on PBS, behind jet-fueled lead-in, Downton Abbey. Season 2, which premiered on January 22 and ended on March 5, has attracted 6.5 million L+7 viewers for the first three episodes.

“We sought to bring a time and place to life that is so important to understanding American history, and in a way that was meaningful, authentic and entertaining, EP David Zucker said of the series.

“Together, we delivered twelve hours of compelling and worthwhile storytelling which we all take pride in,” added EP David Zabel. “It was five years in the making and we are grateful to PBS for its loyal support.”

What do you think? Did you watch the Mercy Street TV series on PBS? Did you expect it to be cancelled or renewed for season three?

Unlike others here, we didn’t care for Mercy Street, which was strange considering I’ve watched other Civil War era shows.

Please don’t cancel ! My husband and I looked forword to Sunday nights to watch Mercy Street . We are so disappointed, please reconsider .

. please don’t cancel there is so little superb in action as in PBS NONONO do’t cancel

I had so hoped that Mercy Street would tell a story start to finish, which obviously won’t happen in two seasons. Downton Abbey brought me back to PBS after decades of choosing other networks. I had hoped for more quality historical dramas and Mercy Street did not disappoint. I would have loved to watch the rest of the story unfold.

Heartbreaking that it’s been cancelled, I thought it was really coming into its own in the second season, and the finale was just amazing. Please #SaveMercyStreet ! Hey @History, how does 6.5 million viewers sound?

I was saddened to find out that PBS cancelled “Mercy Street”, there will be NO Season 3. I was just starting to get interested in PBS, due to shows like “Mercy Street”. Please reconsider and renew this show.

Wow, finally a decent show about history and it’s canceled. What a bummer.

Will they continue if a Crowdfunding generates most of the money? Do the producers and actors find this series important enough to continue? Would the producers contribute to the funding?

There are SO many possibilities to keep this series going.

I am so disappointed and quite upset by the cancellation of Mercy Street. I love Civil War epics, and there is still a story to be told with this series. PBS has so little in the way of American history and programming like this, and they need to do more of it. With all the money in Hollywood, one would think they’d be able to come up with the funding and the actors would certainly be able to line up their schedules for so few episodes in a season. American history needs to be told, and PBs is the perfect… Read more »

I’m believe that I previously replied to this post saying HEAR! HEAR! HEAR!

However, I was using my Mac’s dictation program and it’s possible that I may have inadvertently said HERE! HERE! HERE! and not caught it. If so, my apologies, which also apply to any future such errors in this thread.

So sad it was a great show.we need more sjows about American history.

I thought this show had promise, because I love civil war epics, but I was not really into it. I thought some of the actors were miscast. No, not really sorry to see it go.

Really bummed! I haven’t watched the finale yet, but I was hoping for a season 3.. Why PBS…WHY????

Will someone please make a petition on Change.org?

Don’t give me thumbs down! I’m on your side. Because I’m very upset it’s been cancelled after two seasons.

I really hate to hear this and hope there will be people that have the means to assist this show so there might be a way to save it since we have this notice.

PLEASE reconsider cancelling this! High quality show, excellent acting and an American story no less! I’m tired of PBS being the home of British history! We Americans want to see OUR stories played out too! Even if it takes longer to bring a season 3 to the screen, we’ll wait!