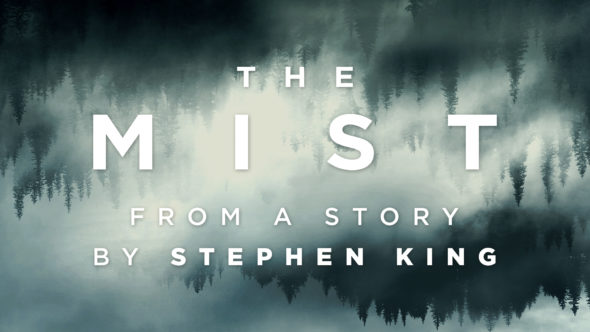 I want a next season of the mist. There have to be a second season. Friends of my have also seen the mist and they enjoyed it just like me. Why should it be canceled? The end of season one wasn’t a goed end for this whole story. I say: I want more!❤️

I think it was canceled because it veered way too far from the movie, which I enjoyed even though the ending was very disturbing, effective, but disturbing. Whereas the movie was pure sci-fi & horror with some truly scary creatures, the series went off base with the whole gay campaign thingy and only sporadic peeks at the way too human-like creatures.

I have to say everyone was so annoying. The gay character, the father, the mother, the daughter – the only decent character was Francis Conroy and she was under utilised. The cancelation is probably a good thing.

Glad we did have to sacrifice another child to make the mist go away….it will not be mist lol

The show was…….bad. So easy to figure out. As soon as the girl got rapped, we all knew it was by the weird faggy kid

And nothing of value was lost. Everyone is a winner here. The cast can go on to focus on other projects that won’t taint their careers. (I already saw “Adrian” on The Deuce in a small role.) The audience can go watch great King adaptations like Mr. Mercedes. The writers can learn from the experience and improve their craft. The showrunner can be blackballed and never work in television again. I’m kidding about the last one. Kind of. The only sadness I feel is knowing I have to find something else to not really pay attention to while I do… Read more »

They ****** it when they tried to cater to various demographics. Glad its over for ever.

Is it true!? Was it canceled? Oh Lord!! Thank you!! This was an abomination! 🙂

the reason this show failed, was piss poor writers.!! what happen to the writers of the 1990 s or early 2000.!! is their any original ideas left.!! stick to mini series & stop trying to stretch a movie into a series, all you get is bad writers writing bad shows.!! tv killed the radio, and writers are killing the tv.

Please renew this. I loved it and want to know what happens next. I hate when networks do this.

Renew the mist. Can’t leave us hanging. I hate when networks do this. Give it another season.

I hope that there will be a 2nd season. There are so many unanswered questions.

I loved the show. Lots of Suspense, not knowing whats there.

Another season would be great but it needs to be scarier