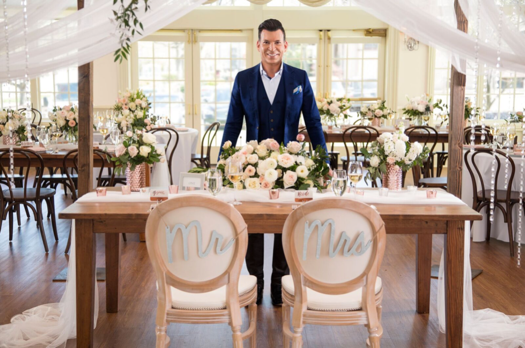 Love is in the air on Lifetime. Recently, the network announced the premiere of their new TV show, My Great Big Live Wedding with David Tutera.

The event series follows eight couples as they plan the wedding of their dreams with renowned wedding and event planner David Tutera.

LOS ANGELES, CA (January 3, 2019) – Lifetime is set to reinvent the classic wedding genre with the eight-part event series, My Great Big Live Wedding with David Tutera, slated to join Lifetime’s Real Love Tuesdays, on February 5, at 10pm ET/PT. Thinkfactory Media and Lifetime scoured the country and found eight inspirational couples whose remarkable stories of love and survival redefine real love.  Every week, one new couple will share their emotional and heart-warming story LIVE from a different city across the country.  All of America is invited to watch as these deserving couples work with world-renowned wedding and event planner David Tutera to create the weddings of their dreams. With surprises revealed along the way, each episode will culminate in the live broadcast of the wedding, brought to life by Tutera. In 2011, Redmond was a Navy Corpsman Combat Medic in Afghanistan and while out on a mission, he stepped on an IED (improvised explosive device) which resulted in the loss of his leg.   Refusing to let his disability slow him down, Redmond went on to become a motivational speaker, and he’s also trained others to become military medics.  It was through competing at the Warrior Games, an event for disabled veterans, that he first met Krista. Redmond later convinced Krista to move from Colorado Springs to California to be with him.  Inspired by Redmond, Krista trained to become a firefighter and now works at one of the nation’s busiest stations in Los Angeles.  The couple has devoted their lives to serving others. 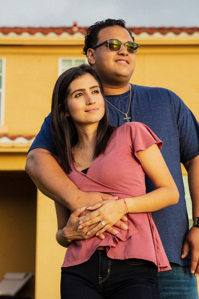 At the age of 22, Kristin was one of the youngest known women to be diagnosed with stage two breast cancer, which progressed to stage four within weeks.  When Kristin’s boyfriend and high school sweetheart Luis found out, he moved to Florida to be with her and was always by her side, through chemotherapy and her double mastectomy.  In her darkest moments, she urged Luis to move on from their relationship, but he refused to give up on her.  Later that same year, Kristin was diagnosed with thyroid cancer; however, despite overwhelming health challenges, she managed to complete her master’s degree with honors. 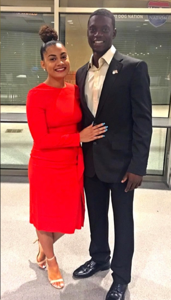 High school sweethearts Chris and Mariana have been together for more than five years.  While in college, Chris received a phone call that changed his life forever.  His mother, a prominent community figure, had been shot and killed in the Charleston church massacre.  Instead of expressing hatred, Chris forgave the shooter the very next day at an emotional news conference and became the voice of the victims overnight.  One year later, Chris’ father passed away, leaving him with his two younger siblings. Chris selflessly moved them in with him and Mariana.  Today, Chris has his sights set on Major League Baseball, currently playing for a Chicago Cubs minor league affiliate, and Mariana is a full-time college student.  When he’s not playing ball, Chris travels the country as an inspirational speaker, sharing his message that “love is stronger than hate.” 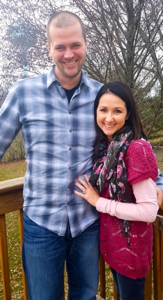 Previously both married with children, Robert and Jennifer met through their kids and years later began dating.  Jennifer was diagnosed with Cystic Fibrosis at age 28, and her health began to deteriorate shortly after she and Robert became engaged. In 2017, her condition became dire, and she had to be hospitalized until she could receive a lung transplant.  Through the entire process, Robert was constantly by her side. After miraculously receiving a lung transplant, Jennifer has bounced back, brighter than ever. 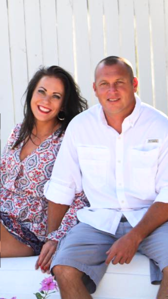 Jesse is a firefighter in the Florida Keys and had been planning his dream wedding with fiancée Tiffany for years. Then, tragedy struck when Hurricane Irma hit in September of 2017.  During the storm, Tiffany was ordered mandatory evacuation, but she refused to leave Jesse’s side. After the hurricane, the couple had no choice but to cancel their wedding due to the damage to their home, wedding venue and community.  Jesse’s worked night and day to rebuild his community, while Tiffany has worked tirelessly to repair their home. 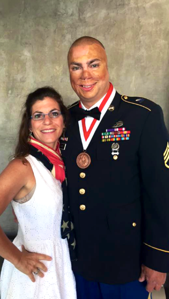 A son of a Vietnam veteran, Shilo always knew he wanted to be a solider, and after 9/11, he joined the U.S. Army and was deployed to Iraq.  On his second tour in 2007, Shilo’s vehicle was struck by an IED, and three of the five soldiers were instantly killed. Shilo suffered extreme burns and lost his ears, nose and several fingers. To date he’s undergone over 75 reconstructive surgeries.  Jamie is also a hero in her own right.  As a former school counselor, she met two young children, siblings, in foster care and knew she could offer them a better life. She adopted the children and later went on to meet Shilo at a community event. After she began managing his speaking engagements, their friendship quickly grew into a relationship.  While they can’t wait to get married, they’ve had to put their plans on hold. Both of Jamie’s adopted children are preparing for their own upcoming nuptials, so all of Shilo and Jamie’s time, money and energy have been dedicated toward helping them. 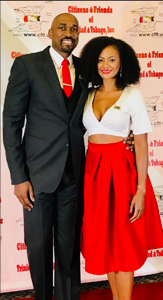 Kibwe, aka Trim, was born and raised in the Caribbean on the island of Trinidad and Tobago.  Although he grew up with very little, he received a scholarship and came to the U.S.  He met Joslyn in Los Angeles, and it was love at first sight.  In 2013, Kibwe started the non-profit organization Dreamchaser, which offers scholarships and mentoring for at-risk youth.  The couple has organized drives, run athletic camps, spoken at schools and volunteered their time throughout their relationship. The pair is currently planning a campaign called “One Word, One Globe,” with the goal of raising $10,000 annually to distribute to deserving countries. 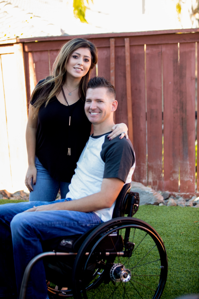 Jason and Fio met when he was at work as a deputy sheriff at their local courthouse, and the two started dating soon after.  Last October, tragedy struck when the couple was attending the Route 91 Harvest Festival in Las Vegas where a deadly mass shooting took place.  After shielding Fio and four other women from the gunfire, Jason was shot in the chest and paralyzed from the waist down.  Knowing Jason would die if she didn’t do anything, Fio dragged him across the venue to safety.  Had it not been for her fearless tenacity, Jason might not be here. Fio then remained by Jason’s side in the hospital, refusing to leave.  Realizing she was the woman of his dreams, Jason proposed from his hospital bed. Now, in hopes of reclaiming his position as a deputy sheriff, Jason is working tirelessly to walk again. 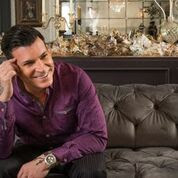 Tutera has also hosted several hit television series, is a media go-to expert on weddings and celebrations, and is a regular expert on various talk shows, and a contributor to numerous  magazines.”

What do you think? Are you a fan of wedding shows? Will you watch My Great Big Live Wedding?

I love David Tutera he makes girls dreams come true. Watching his shows new and old keep a smile on my face when I was in the hospital from January to May. In some way you kept me alive. As my husband worked two jobs and still do. Taking care of me and our two boys. One thing I told him I could not walk but I’m going to fight to do it again. I did but now I’m fight renal disease failure three times a week. But your shows is what keeping me going and my family. Keep doing… Read more »

I just watched ‘My Great Big Live Wedding with David Tutera: Lifetime’ and was blown away by this show; such emotion in weddings with great interesting stories; and beakutifully done wedding scenes

I wish I would of known how to apply for this show. My husband and I will be married 25 years on June 17th of this year. We got married at the courthouse because we couldn’t afford a big wedding like I wanted. We lost a baby I was carrying at 4 months. My husband was diagnosed with Crohns disease when he was 13 years old. During our marriage I have almost lost him more then 5 times do to other complications of his health. I love him more and more every day. He does kidney dialysis 3 days a… Read more »

absoulutly- i cant wait for this new wedding show to start. He has amazing ideas