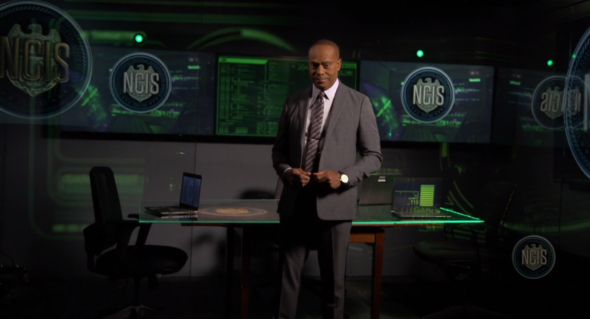 After two low-rated seasons as 48 Hours: NCIS, CBS decided to retitle this docu-series as NCIS: The Cases They Can’t Forget. Will this move affect the ratings? Will this show be cancelled or renewed for a fourth season? Stay tuned.

A CBS true crime docu-series, NCIS: The Cases They Can’t Forget features a slate of the biggest cases handled by the real-life U.S. Naval Criminal Investigative Service. Rocky Carroll narrates the news magazine, which features actual NCIS agents sharing the investigation techniques they use in cases including murder, fraud, and terrorism — ones the agents will never forget. The series delves into the sorts of real cases that have inspired the NCIS, NCIS: Los Angeles, and NCIS: New Orleans drama series.

7/4 update: You can see the latest night’s ratings in context.

For comparisons: The second season of 48 Hours: NCIS on CBS averaged a 0.48 rating in the 18-49 year old demographic and 4.22 million total viewers.

What do you think? Do you like the NCIS: The Cases They Can’t Forget TV series? Should it be cancelled or renewed for a fourth season on CBS?

Please renewed another season so good not into dateline and 20/20 shows they okay but ncis was the best action love it serious story true crime worth watching every episode.

As a Navy vet with 27 years of service, I love all Navy shows! Even though the true-life cases of NCIS: The Cases They Can’t Forget are not as exciting as the action shows, they are critically important to remember the actual cases and to appreciate the dedicated work of the real agents. The show honors the victims AND the agents who are so vital to our national security. I sincerely hope the show continues!