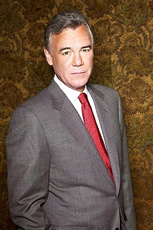 A report from Variety has verified what we reported early yesterday, that DirecTV has decided not to renew Passions for a second year.

DirecTV has ordered 52 additional episodes of the supernatural soap from NBC’s Universal Media Studios. With plans to trim the soap’s schedule from four to three episodes a week beginning in January, the new episodes will be stretched to last until August 2008.

Production of Passions will shut down on December 19th for the holidays but won’t resume until February. Shooting is slated to continue until March 24th and then it will shut down for good. Or will it?

There is a chance however that Passions may find yet another home. Since the show’s production costs have already been greatly reduced, another venue could potentially pick it up. A likely candidate seems to be the Oxygen Media cable channel (which NBC Universal recently acquired) or NBC could continue to produce Passions as an Internet-only program. Stay tuned!

DirecTV opted not to respond to a request for comment.

I really want Passions To back on air For Daytime at the same time 2:00 and Starts at 3:30 am To let you know I really like The show and To be honest with you I all ready know That is real People on The soaps same here with As The world Turns and Gental Hospital and Days our lives Keep The show going I really like to see all of the. and I do have Down Sydrome and I;m A girl. Theirs somebuddy I know He Thinks its not In apporite to Watch He thinks and he does’nt want… Read more »

This sucks that passions moved to direct tv, now they have cancled the show !