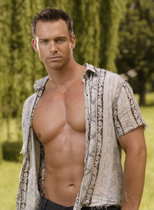 please put it on t,v, again that is all i wat ch .my family all of us watch passion we love it to death .we will see it for the been begin a again we don;t care we want to see the passion .or please put it on dvd ;vhs i love me some passion thank you

PASSIONS NEEDS TO COME BACK !!!
IT IS THE BEST SOAP EVER!!!
IT SHOULD COME BACK ON NBS OR GLOBAL!!!

AFTER MY HUSBAND DIED THIS SHOW MEANT A LOT TO ME. I WATCHED IT EVERY DAY TILL IT WENT OFF. THE NETWORK SHOULD TAKE SOME OF ITS OTHER SHOWS OFF THAT ARE STUPID AND RETURN THIS SHOW PASSIONS. I MISS IT EVERY DAY. ARE YOU GOING TO BRING DVD’ OUT I WOULD SURLLY BUY THE SET. BRING IT BACK TO FIVE DAYS A WEEK

really helped me to go on laughing after i lost my mom last year its such a awesome show . best show ever bring it back to tv today i would be so happy! go passions!

Passions is the greatest soap opera ever made i looked forward to watching when i knew it was going to b on tv but now it doesn’t come on any more and I miss Passions so much I hope it comes back on in a few weeks cause I loved Ethan and Theresa the most please bring it back!!!!!!!!

I AM REALLY HAPPY FOR TERESA AND ETHAN I HOPE THE SHOW CAN COME BACK WITH THEM TOGETHER.

I really can’t believe they cancel Passions that is my favorite show, When Passions was on I always look forward the next day to watch it, I like the way you end with the truth coming out about Gwen and mostly my favorite two Ethan and Theresa finally together. Please bring it back on tv

Passions was the greatest show in the world please but it back on tv cause it was so awesome so please bring it back to tv.

bring passions back to tv like it was for the last 10 years it was great will be missed so much passions we want it now!!!!!!!!!!!!

passions best show ever bring it back to tv please take a break a month but bring it back its not fair at all to do us this way. i,m so sad i miss it already

who in the world took off passions off the air not good best show on tv ever get fans hooked and move the channel to 101 directv then later take the show off forever just not fair , not right at all do you even care about the viewers feelings at all best show ever i have seen in 30 years and took it off wrong . bring passions back please !!!!!!!!!!!!!!!!!! will never be the same agin with out it what were people thinking . everyone should fight for passions ! love passions go passions you rock !!!!!!!!!!!!!!!!!!!!!!!!!!!

Well i already switched to direct t.v i wouldnt say it was the best but i am glad i can watch passions again and i am have issues getting this online i really dont have time to watch it during the day and need to see it everyday so we need to do something about this ok. thanks