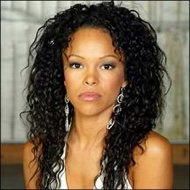 As Passions fans are well aware, NBC cancelled the supernatural soap back in January and it will leave the network on September 7, 2007. Luckily for some, the serial will resume on DirecTV’s The 101 channel beginning September 17th. To cut costs, the series will air only four days a week and some characters will be dropped as well. Will your favorites survive the move?

Will these departures impact the series? Some don’t think so. Vice-president of Daytime at NBC Universal Annamarie Kostura said, “We are thrilled that the principal cast members will continue on the show. It is important that the fans know that the show will still be the same after the move.” Patty Ishimoto, General Manager of DirecTV Entertainment, said of the signed contracts, “This is great news for fans of the show who will be able to seamlessly join their favorite characters for new adventures on The 101.”

Unfortunately, there’s still no word if Passions fans will be able to see their soap online or any other way other than subscribing to DirecTV. We’ll let you know if that changes. Stay tuned!

i really miss passions its my favourite daytime drama

I am going to missed Passions so badly I wish its comes back on for NBC Daytime I really going missed all of the Actors and Actress on the show I’m going to missed it and I am oing to miss Josh Ryan Evans he is such a sweetheart and really sweet and kind person. He is in my thoughts I like to see back is Adrain Bellani and Jesse Metcalfe They really rock and really cool I would love to meet them someday same thing as all of the Actors and Actress I wish I can be on a… Read more »

YES, I SWITCHED TO DIRECT TV TO SEE MY FAVORITE SOAP. I’AM SORRY FOR SOME OF THE OTHER CAST, WHO’S NO LONGER. MAYBE THE CUT SHOULD HAVE STARTED WITH THE WRITERS, AND EDITORS. MORE TRAINING WITH YOUR CAST TEAM COULD HELP. SOMETIMES THE ORANGUTAN – PRECIOUS HADE MORE TRAINING THAN SOME CAST MEMBERS. (SMILE) NOW COME ALIVE AND START WITH BETTER SCRIPTS. MAYBE THE MISSING LINK IS HERE IN BESSEMER, AL –

this sucks!!!! passions is the best show..but not everyone has cable…and it wont be the same with all the other characters

nbc has really lost alot of viewers because taking passions off the air. Many people can’t afford to have direct t.v. You can’t even go on the computer to see different episodes or spoilers or anything else. Thank you for the one thing I enjoy watching everyday since day one.

i hate nbc or taking away passions we should make a poll who agrees with me to putting passions back the way it was could they really screwed up on doing that. no one will buy their crap just to watch passion i love that show put now i have missed it and thats all thanx to nbc they ruin everything i think they should have some respect to the people who watch it.

I had just started to like you NBC to find one of the best soap in history is gone with the wind!!! I hope they still do well even tho I won’t be watching it on Direct TV!!!

I am really upset about not being able to see Passions anymore. I have watched it from the first day it was on. I can’t get Direct TV and feel that I am being penalized for this. I do hope that it will be aired again at the same time and same channels. Three hours of the Today show is more than enough. In those three hours we get the news. opinions of the broadcasters, etc. I am disabled and look forward every day to watching something other than the news. We have enough hours of the news, we need… Read more »

What is wrong with NBC?? They act like they are doing us a favor by providing us shows to watch. If we all stopped watching NBC …would they still feel the same way? NBC is going down in popularity. They need to know they can’t mess with stay at home ladies and men. We control daytime ratings and don’t you forget it NBC! Not smart guys!

I am really sadden that passions has left NBC. So that we can see another boring episode of the today show. I will really miss passions. I have watch the show since it’s started in 1999. The cast is great and the show was refreshing to watch.please put it on the internet so I can continue to enjoy it. I will also miss the cast that is leaving. Maybe if they had changed the time slot on NBC it would have attracted more viewers

Download Utorrent at utorrent.com and search passions, you will be able to get most of the shows that way.