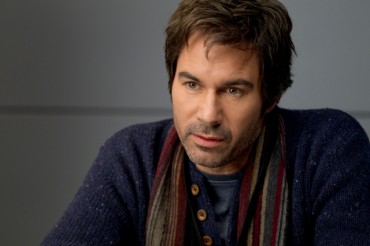 I TOTALLY thought that show was too political!! And that’s why I stopped watching it. People who deny that it was political just didn’t notice, because it echoed their own politics. It overreached politically, and ended up insulting half their audience… and getting canceled. Not a good idea to forget who your viewers are. It was a fresh, extremely creative idea, but the people who made it got drunk on their own power and success. OOPS! A bunch of bad decisions. They need to realize, regardless of whether everyone who made the show was a lefty, their audience is pretty… Read more »

I realize this has been long forgotten by the other commentors and probably the writer but i just wanted to say this i belive that while yes it singles out bill clinton as a “liar” but i think another connection was supposed to be to a book call the man who mistook his wife for a hat when they state that aphasiac can tell when someone is lieng and they test that theory with a statement made by a poliitician.the stories are basicly identical.

Let me start by saying that I don’t have any preference for any political party. However, if you are going to have cow over those scenes in perception, please bring an intelligent argument. Insulting people to bring your point across is just a show of ignorance and desperation.

Bring it on Perception. I loved it.

This show is ridiculous. It’s purely obama socialist rhetoric with an eco cult terrorst side show. You’d have to be brain dead (which obama and eco cult supporters are) to not see this show for what it is. No wonder this country is in the toilet. 20 years of brainwashing by the socialist/eco terrorists with shows like this and now a terrorist as president.

It’s T.V! That’s their job to entertain and provoke thoughts.
WOW, don’t like it, don’t watch it!
Bush, Clinton lied, political? Oh my~ (Reaction from other comments)
But I like 19 kids n counting. Now that educational! Or your likening may be Honey Boo Boo, My Sister Wives or ….
Love the show Perception! Hope another channel picks it up!

hello, this is a mighty big year for politics, don’t ya think? not a problem. you do your stuff, dr. pierce

I totally agree with half the comments it was funny and everyone knows controversial makes good Tv.

Sorry, I just realized I didn’t really answer your questions, except for writing what I thought. (You did ask!) “What do you think? Was this a poor choice? Will the Bush scene influence your decision to watch the Perception series again? Is the show too political?” No. It was a brilliant choice. No. The whole world was happy and knows America is finally Bush-less. No. The show is not too political. Mental-health issues are real and this show has a platform to help those that are still ignorant. (To me: Being stupid is the inability to learn, being ignorant is… Read more »

This show is quite information and thought provoking. It is: SMART TV, which seems to be an oxymoron, based on real science as known – pertaining to the human brain. Meant to be entertaining and yet happens to be “informative” in the dramatization of the life (lives) of the characters portrayed. It seems that many people just don’t “get” SMART TV. Hmmm… I am wondering if a person doesn’t understand a TV show, are they too dumb for TV? ‘…Now I am wondering just how dumb a person must be to NOT understand a television program?… Now I am wondering… Read more »