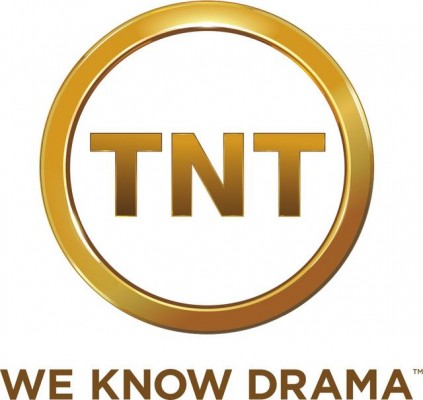 TNT has ordered a new supernatural drama called Proof. It will debut some time next year with 10 episodes.

Proof is being executive-produced by Emmy(R) winner Kyra Sedgwick (The Closer); Rob Bragin (Greek, Murphy Brown), who wrote the pilot; Tom Jacobson; Jill Littman; and Emmy winner Alex Graves (The West Wing, Game of Thrones), who directed the pilot. TNT has ordered 10 episodes of Proof, with plans to launch the series in 2015.

In Proof, Beals plays Dr. Carolyn Tyler, a brilliant surgeon with a caustic edge. Carolyn has suffered the recent, devastating loss of her teenage son, the breakup of her marriage to Dr. Len Barliss (Gleeson) and a growing estrangement from their daughter (Thurman). But Carolyn’s own trauma hasn’t deterred her from her charitable outreaches, which include helping disaster victims in far-flung trouble spots throughout the world.

Despite her skeptical, hard-science attitude, Carolyn is persuaded by a cancer-stricken tech millionaire (Modine) to investigate cases of reincarnation, out-of-body experiences, hauntings and other supernatural phenomena. Her goal is to find verifiable proof to life’s greatest questions: Is death truly the end, or is there something else beyond?

Helping – or sometimes hindering – Carolyn in her quest are her boss, Dr. Charles Russell (Morton), the head of the hospital, and Peter Van Owen (Blue), a best-selling author who claims to be psychic. Gathegi plays Zed, a hospital intern from the Sudan who assists Carolyn, and Kaplan plays Janel Ramsey, Turing’s assistant.

“Proof is a fascinating series that takes on one of our most compelling questions: What happens when we die?” said Michael Wright, president, head of programming for TNT, TBS and Turner Classic Movies (TCM). “Jennifer Beals does a terrific job bringing her complex character to life, and she’s surrounded by an outstanding ensemble cast. We’re especially thrilled to be collaborating once again with Kyra Sedgwick, whose work on The Closer helped pave the way for TNT’s ever-growing slate of hit original series.”

What do you think? Do you like the sound of this new series? Will you check it out?

I found this to be a terrific new series. Love how the doc goes back n forth on her journey ! Sure hope there’s a second season and beyond !!!

I have been watching the how from the start and I am down to the last show and I love the show ,I just hope that’s not the kiss of death for the show.it s so good to watch a show that has the lead be so good and not some young unkown .

I really love Proof and hope it will be renewed. Jennifer Beals is terrific. Please renew this show

love the show. i my self have had a NDE and i am a devout christion and my experance even made my belife and feeling of God’s love and presence stronger… I am personaly fighting a rair termanel cancer called, Carsanoid cancer that is spreading all over my body, I have breafly passed 3 seprat times the first time I had no puls for over 3 min, the second for over 6 min the third for they were calling my TOD when they started reading a faint puls , i was and have been lucky enough to come back to… Read more »

I started to watch this series because I like Sedgewick. I really enjoyed the first few episodes I viewed and started to get into the story-line. U N T I L you bleeding-heart liberal people just had to try and shove your inter-racial crap that you want everyone to eat , down our throats !!!! Is there any reason, on God’s earth, why Beal’s character just had to have a BLACK father ?? I mean, really……. What major purpose did it prove to the show for that to be the case scenario ?? Why could it not be just a… Read more »

I agree 100%!!! I’m glad you have the balls and decency to call it how it is. This political correctness, liberal delusional faux-reality crap is making it turn this into the norm. No more respect for anything natural on this earth anymore. Next thing is that it will be okay to f*** your sister as long as you wear a condom. Makes me sick what this country is being turned in to.

I opened his web site looking for cast information, but when I read the comment from anonymous. I felt compelled to respond. This is a television show. I find to be well written with great actors and very entertaining. To anoymous. Obvious why you chose not to post a name. Your television has an off switch if you don’t like this show .but is this the forum you need for racism. God created man. We may have different skin colors but we are all the same species. ( Animals of different species can’t breed a cat cannot breed with a… Read more »

Um. Do your research. The lead actress is bi-racial. He real life father was black and mom white. It’s called Wikipedia. And she is 51 so it’s not like a person of mixed race is a new concept.

Jennifer Beals does have a black father in real life.

This is a all new concept and has been well done and should continue to have a long and healthy life. The episodes are well thought out, progressive and leave each show with anticipation for the next one. As an unknown, the subject is extremely interesting and holds the viewers anticipation for the next possible part of each plot. The facts in the show are researched. The documented insights that are presented are true, based on experience and what others have told me. I have no reason to disbelieve. There are many possible continuations from series 1. I think the… Read more »

This series is amazing. I actually have reminders in my phone so that I don’t forget the day and time it is on. Tonight’s episode that dealt with the morality of delving into the mind of someone passing on was incredibly thought provoking. My opinions actually changed by the end. Excellent work!

‘Proof,’ is a fabulous show!! It’s very well done & It is very hard to wait for next weeks show!!

So far so good. Great subject matter. Everyone is curious or more, and ponders what life is about and what happens when it ends. I’ve been personally involved in over 30 launches of shows into syndication and off net. As well as working with CBS Net and NBC Net, and 90% of the studios in Hollywood. Great cast, and pretty tight script.

Yes we will, it sounds really good . We also love Kyra.

I will n it be watching this show because I am a Christian and I believe it is not meant for us to know what life after death except what we learn from the BIBLE! If we want to know what happens after death than read the Bible. i hope this show is not another one that tries to comvince people that there is not a God or Heaven, I really do!

Why did Jesus perform miracles?? PROOF that he was what he said he was. It’s silly to keep your head in the sand as PROOF of your faith

Sounds like a great show,i’ve been looking forward to it and to seeing J.B. again!

Sounds like a very interesting program good luck should do well!!!!!!!!

Absolutely! Looking forward to it!