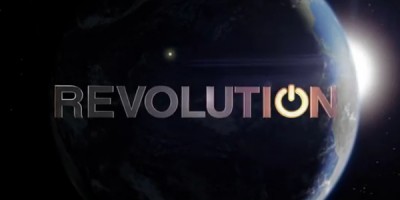 Really? The Voice? Couldn’t give a darn about that. I’m with all the others that are losing interest in Revolution due to the long break.

Stupid move NBC. Wanted to watch this show, but will lose interest now.

NBC is crazy, put it back on. Theres nothing to watch

I don’t don’t why you can’t watch the past episodes on demand. It’s really frustrating!!!

I agree that this is a great show. The timing is perfect. However NBC’s decision to cut it short of the season is not. They should then start the re-runs from the beginning so that those of us that missed it from the start, could follow on with the new episodes when they resume the season again on March.

NBC NEEDS TO ORDER MORE REVOLUTION EPISODES.I LOVE THIS SHOW AND THINK THEY SHOW START SHOWING SHOWS AS SOON AS POSSIBLE!I AM REALLY DISGUSTED WITH NBC’S WAITING UNTIL MARCH TO BEGIN NEW SHOWS.

this is one of the few series that had the potential of becoming a hit, but NBC as usual are turning success into failure, little wonder I haven’t watched NBC much over the years.

I think what they are doing is wrong to.

I think it was a bunch of BS. As far as I”M concerned with the curent events in politics and the weather doing extreme things all over the globe, the timming was perfect. What the network should have done is lose one or two of its weaker searies and moved Revolution to another time slot. I have talked to several people about the show and they all loved it. I think that a gamble with this show was not real smart. But what do I know, I”M 68 years old and have beaten stage 4 colon rectal cancer for 17… Read more »

Why Watch: I agree. That happened for me with Dexter. I downloaded an entire season (last years) and still have not worked up the interest to re-immerse myself in this series. Too bad.

I’ve appreciated Kripke’s character development skill-set in Supernatural-it shines because there’s almost no disbelief left to suspend when the main characters are, at various times, sent to hell, purgatory, heaven, the future, the past and alternate realities via the intercession of God, Satan, angels, demons, vampires, werewolves, etc. It’s been an enjoyable ride, and one where plot points have nothing to stick to. But when you move to science fiction one MUST create a believable universe that consistently behaves by it’s own rules, with plausible causes for consequences. In Revolution, the universe is hastily and at times illogically sketched. 1)… Read more »

A long hiatus has killed most network shows. By the time the show comes back on, too much time has passed, people have forgotten aspects of the show and are now engaged with other shows in full swing. Bad move NBC.

I agree. Other than reality shows, NBC doesn’t offer much.

That is a point with the complex storyline, but on the hand, this show seems to be dragging it’s feet, and people are gonna care less and less and with the long hiatus, that just means less, but it’s their money, not mine, obviously.