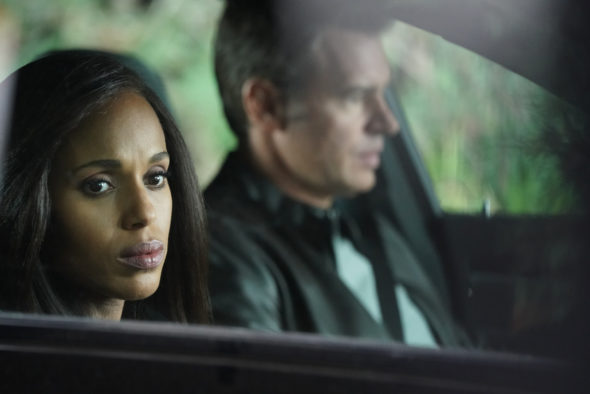 The end is nigh for Olivia Pope. ABC has announced the Scandal TV series finale date. The last installment of the seventh and final season of Scandal will air on Thursday, April 19, 2018.

What do you think? Are you a fan of the Scandal TV show on ABC? Is it ending at the right time? If it were up to you, would Scandal be cancelled or renewed for season eight?

enjoyed the show would watch 8th. tie things up don’t leave us hanging on to uncompleted plots

I thinkThis is Katie Lowe’s maternity leave. I think we will find at some point she is alive, not just the baby.

I enjoyed this show in the beginning, now I have seen enough. Time to wrap it up !