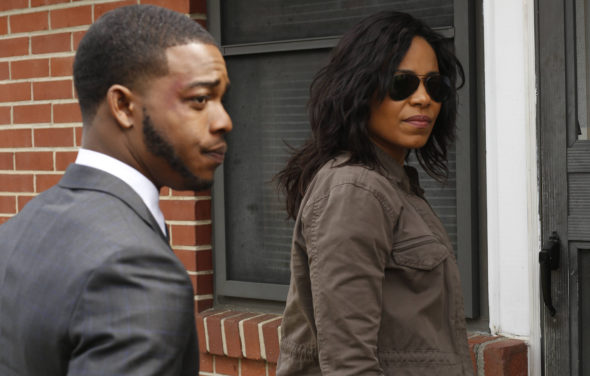 This show address today and what goes on, it really needs to be looked at for a few more seasons very good show .

Omg this show was amazing. I am disappointed to not see anymore season’s come on. Please reconsider!!!

So you mean to tell me I sat here and watched the entire season and there’s not season 2 or 3 or 4 and so on. This was an excellent tv show characters were amazing and on point. I don’t watch tv much but when I do and there’s something that catches my attention I never want it to end. It’s like a drug. I’m addicted. This is one of the tv shows I must see so I request the day off so I won’t miss a episode no recording it isn’t always the answer sometimes you gotta see it… Read more »

i love this show season 2 me now

Love this show!!! Please bring it back!!!

That show went crazy! Y’all left a cliff-hanger, finish it!!

I feel that there should be a season two of this show it was enlightening on gun violence from not just white cops on black people but also black cops on white people even if it was an accident. We learned a lot from this show and I feel we could learn more.

Hope they will release DVD. This show has is interesting on so many social levels. I would love to have a copy to rewatch over and over.