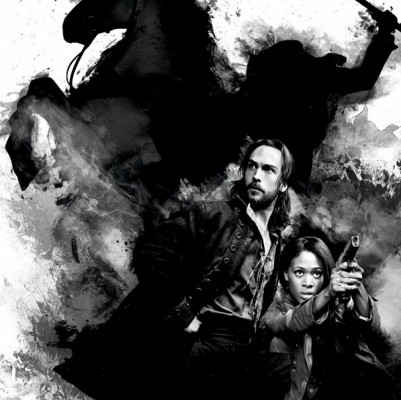 A couple weeks ago, FOX unveiled their first new TV series of the season, Sleepy Hollow. Is this one worth keeping or should it be cancelled instead?

Sleepy Hollow follows the Ichabod Crane (Tom Mison), a patriot from colonial times who wakes up in the present. He partners with a female African-American sheriff (Nicole Beharie) and together, they try to stop the Headless Horseman and other dark supernatural forces. Others in the cast include Orlando Jones, Katia Winter, John Cho, and Richard Cetrone.

The show premiered on September 16th to a very healthy 3.5 rating in the 18-49 demographic with 10.10 million total viewers. Not only did the debut win its timeslot but it also had the best demo rating of the night.

In week two, the numbers fell by 11-15% to a 3.1 in the demo and 8.59 million. This wasn’t too bad for a second week. Most new shows fall that much or more and Sleepy Hollow was now airing opposite much tougher competition like 2 Broke Girls, The Voice and Dancing with the Stars.

Last night, the third episode fell again — but not by much — and garnered a 3.0 rating with 7.97 million viewers.

Sleepy Hollow is currently FOX’s highest-rated series by far, averaging a 3.2 in the demo with 8.89 million. If the ratings level off (or rise) then the network has a hit.

Unless the ratings start falling quickly, I expect FOX to give the series a full season order in the next couple weeks. If the ratings continue to be positive, a second season is a lock.

But, what do you think? Do you like Sleepy Hollow? Are you still watching? Cancel or keep it?

I really enjoy this show, and hope it does not get canceled…But, past experience has shown me that no matter how much I or others enjoy a show, it can be canceled…Much to my dismay that other crappy shows come back year after year…Especially the moronic “reality shows”…. 🙁

Keep Sleepy Hollow!! So far it’s one of my favorite shows! Keep! Keep!

I am loving sleepy hollow, its much better than some of other fox shows I really hope they keep it this show has lots of potential

I’m not sure what the episode order for season 1 is, but, it’s the 1st new show, of this season, to be renewed for season 2!!!! Love the chemistry between the two leads (Nicole and Tom)

KEEP IT!!!
I really like this show. Nice mystery…. decent scripts…

I think the only reason the third episode ratings fell was because FOX ran late. Most DVR’s only caught less than half of the episode. Fortunately, they ran an encore this evening (Friday 10/4/13), so we were in luck.

FOX has just renewed Sleepy Hollow for a second season, so I guess their vote is “Keep it!” 😉 They were considering giving it a full season order, but (fortunately for viewers) decided to stick with the original 13-episode order. I say “fortunately” because: Sleepy Hollow is not the kind of show you want to slow down midway through just because the writers suddenly have to account for an additional nine episodes for which they hadn’t originally planned. That said, I only watched the first episode and part of the second episode and I’m not a fan. I think it’d… Read more »

Keep! It’s a good show and Tom Mison isn’t bad to look at

I hope they aren’t like NBC and cancel fun shows……

This IS Fox we are talking about.

I’m enjoying this show a lot more than I thought I would. Before seeing the premiere, I didn’t think they had something here that could sustain an entire series. I was pleasantly surprised that they don’t seem to be rushing through the storyline and are taking their time. Why do all the interesting stuff in the first couple episodes than use boring filler to round out the season? The characters are interesting, the premise isn’t laughably silly and the acting is good and Ichabod is very easy on the eyes! I really do hope this series gets the chance it… Read more »

I absolutely LOVE this show. Gees they need to give some of these shows more than a few weeks. Sometimes it just takes a while to catch on. I think it is an excellent show and I think Tom Mison is the perfect Ichabod Crane. I love the buddy buddy with Nicole Bebari. They make a great team. C’mon Fox don’t cancel yet another show I love! I can’t wait for the next episode.

I like it hope they give it a season

we really enjoy this program! Hope it stays around!