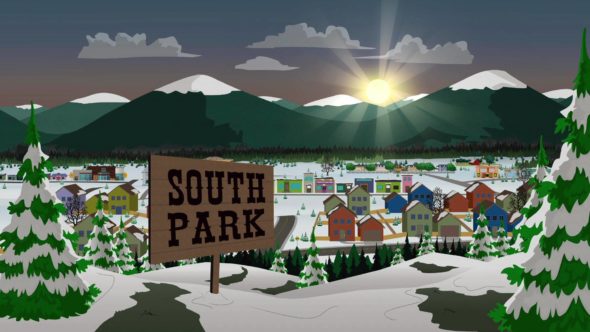 Ahead of its 22nd season on Comedy Central, the South Park TV show released a trailer demanding it be cancelled. We don’t think fans should sound the alarm just yet though, because it has already been renewed through season 23. Still, we’re keeping an eye on the Nielsen ratings, trades, and press releases, in case the joke turns serious. So, will South Park be cancelled or renewed? Stay tuned.

What do you think? Do you still like the South Park TV show? How much longer do you think it will run on Comedy Central?

Thanks for spotting that. The demo was being compared to season 20’s demo, not season 21’s. It’s been fixed.