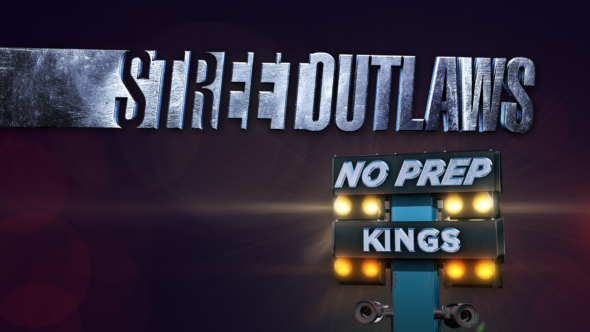 Discovery Channel is ready to race. This week, the network announced the TV show’s second season will debut later this month.

The docuseries “crisscrosses America, traveling from Pennsylvania to Memphis, to North Carolina and Arizona, giving anyone the opportunity to race some of their favorite drivers from the Outlaw family.”

Buckle up motor fans, and get ready for some of the most epic races yet, as the new season of Discovery’s STREET OUTLAWS: NO PREP KINGS speeds into Motor Mondays. This season, the rules have changed and no one is safe — race masters “Chuck” and “Boosted” lead the infamous Street Outlaws crews, including Ryan Martin, Birdman, Doc, Dom, Monza, Daddy Dave, Jeff Lutz, Reaper, Kamikaze, Kye Kelley, Mike Murillo, Megalodon, Lizzy Musi and Kayla Morton, as they compete with the fastest no prep racers in the nation for a shot at cash and other prizes valued at more than $500,000. Ryan Martin returns to challenge former no prep champion and rival Birdman after last year’s upset, but ultimately, everyone is gunning for the biggest No Prep Series payout in history. The stakes are high, the cars fast and the rivalries are stronger than ever in a season not to be missed. All-new episodes of STREET OUTLAWS: NO PREP KINGS begin Monday, January 14 at 9:00pm ET/PT.

In the world of street racing, “no prep” racing is one of the “baddest” and dirtiest challenges in the game. Unlike traditional racing, no prep racers drive on tracks that have not been primed with traction compounds, which help bond tire rubber to the concrete surface. The rules are simple, and it’s every man for himself in each wild and dangerous race.

This season STREET OUTLAWS: NO PREP KINGS crisscrosses America, traveling from Pennsylvania to Memphis, to North Carolina and Arizona, giving anyone the opportunity to race some of their favorite drivers from the Outlaw family. It’s bracketology for street racing as massive crowds gather each week, and 32 racers dwindle down to only two for the final battle on the track. Who will be crowned this year’s points champion? The country’s fastest racers will lay it all on the line and test their skills on these unfamiliar tracks.

Viewers can watch all-new episodes, along with other seasons of STREET OUTLAWS, on the Discovery GO app – free with their paid TV subscription.

What do you think? Have you seen Street Outlaws: No Prep Kings? Will you watch the new season?

Been trying to figure out if this new show track racing, is replacing the old show which was actually street racing.

If the answer is yes, then I wish them all the best of luck. I have no further interest, and I recommend renaming the show to Track Reformed Outlaws so people are not confused about the content.

Love it watch every week, wish it would start at 8 pm instead of 9pm. Tend to fall asleep before it’s over.

I absolutely love the NPK series! Also like going to the actual events,meeting the drivers and looking at their cars up close. Only thing it’s lacking is Chief and Shawn. If they were in it the popularity would blow up!
Also why aren’t the small tire on the show? There is a lot more action at the events than what makes it to the tv screen.

I like the original street outlaws this new prep Kings sucks boring .