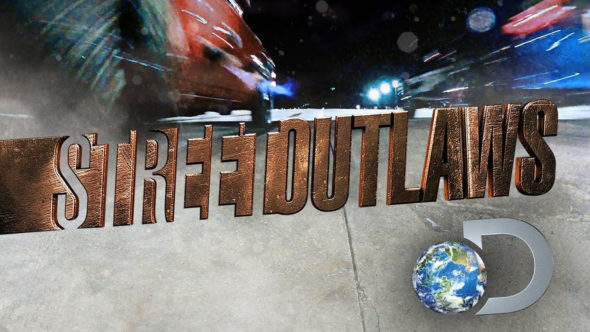 Discovery Channel is headin’ back to the street. This week, the network announced a new season of Street Outlaws will premiere in May.

The docuseries explores the world of underground street racing. Season 11 of Street Outlaws premieres on Discovery Channel on May 28th at 8 p.m. ET/PT.

(New York) – Buckle up, because America’s best street racers are behind the wheel for an all-new season of Discovery’s hit series STREET OUTLAWS. After last season’s confusion and conflict, the 405 bands together to update the rules guiding the most contentious street races in the nation and to shake up “The List,” leaving every man for himself. Discovery kicks it into high-gear with a 2-hour STREET OUTLAWS season premiere on Monday, May 28 at 8pm ET/PT. New episodes continue on Discovery’s Motor Mondays at 9pm ET/PT.

Oklahoma City is home to some of the most skilled underground racers in the country, but the racing scene in America is bigger than ever before. Now, the 405 has to step it up or get left behind. The 2-hour premiere gathers 32 racers from across the country for a Cash Days race, and the OKC Outlaws will have to defend their territory and lay it all on the line until one racer walks away with the title and the massive $50,000 prize.

Once the dust has cleared, the 405 crew agrees that both the rules and “The List” are in need of an overhaul. They decide to shake things up and start fresh, having everyone battle it out for new spots – giving those that were at the bottom a chance to bypass others and top the list. Under the 405’s updated rules, racers can rely only on themselves and their rides to win the most competitive races of their lives. The contest for 405’s finest is fierce and fast, and only few will make it to the top – if they’re lucky enough to make “The List” at all.

The new season and past seasons of STREET OUTLAWS will be available to stream on the multiplatform Discovery GO app – free with their paid TV subscription.

What do you think? Have you seen Street Outlaws? Will you watch the new season?

We love 405 Street Outlaws!! The whole family watches together.

I love the show and disagree with those who are trying to get the program off the air. If by watching the show would cause someone to go out and street race is an idiot. It doesn’t take a rocket scientist to know how dangerous that could be. If that’s the case then they better take off a list of programs. Like teens having babies or American Ninja, etc. People would be super brainless to watch a program and then go out and do what they saw. The producers of street out laws do what they can to make it… Read more »

It’s his girlfriend, Jackie and she’s a sweetheart

Love the show it reminds me of my youth.

I agree. JJ Da Boss is irritating. Sick of hearing how their “family”. I miss the 405.

I truly hope that Street Outlaws will receive a 20 year contract. It’s a great show.