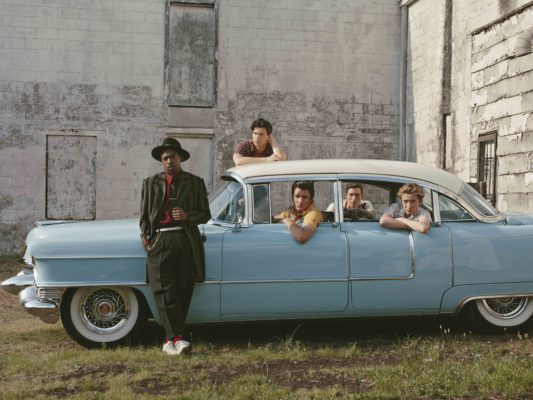 Loved the first season. I look forward to seeing season 2 and beyond on Amazon. !

Yes please we want season 2 of sun records. Its gritty and true life. Fans of sun all over the world want to see this.

It was a great show about real American history which is why it won’t fly on CW. You can rewrite the history so CW won’t want it since they can’t cram gay storylines in there ti entertain only themselves. Hopefully Amazon would pick it up. Such a shame to waste.

100% agree the show is fantastic. Wasn’t aware of the reason.

PLEASE, find another home for this series. The reason it was concealed was not because of poor quality. I think one of the reasons was that it was not promoted properly. Thank you

I would really like to see a second season of Sun Records. I have watched the 1st season 4 times already and still enjoy it very much. I have lived in Memphis for a short time now and I’m very intrigued with the music history of Memphis and how it all started. Now I know that there is a lot more to cover with the other seasons that I would follow any station to watch them. Please hear my plead Amazon and CW.

I love the show!! I would watch another season.

I would love to see a second and third season of Sun Records I absolutely loved it amazing actors great story lines it had me hooked from episode 1 so please bring back Sun Records thank you.

Sun Records is one of the best series I’ve ever watched. Was very upset when I found out it was canceled so if another station picks it up or a streamer I will follow it wherever. CMT made a stupid choice when they canceled this show

YES!! I am currently watching the 8 episodes. I discovered it while watching Walk The Line, the Johnny Cash movie. I LOVE it. Perhaps it’s because I grew up in the 50’s loving these singers and it’s great seeing their history in the beginning of their lives. If more people knew about it, it would be a hit. There are too many rock ‘n rollers out there for this to not be a success.