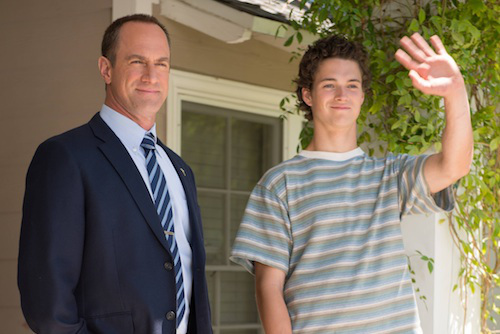 First of all, Surviving Jack definitely was not advertised or promoted well at all! And just for the record, i watch tv all day long onto the wee hrs of morning! I didn’t know about this show till I was flipping channels one day and happened to see Christopher Meloni! I love SUV and knew he had left. I had never seen a funny side to him til I saw this show. Just like the guy on “Coach” (sorry-forgot his name). After seeing him in serious acting rolls, I was surprised he had a funny side which was great to… Read more »

You finally get an ACTUALLY funny and enjoyable sitcom and you cancel it. My husband and I both really liked watching it. Chris is funny and compelling. I liked him on L&O SVU but never thought of him as being capable of comedy. Bring it back!!!!

Me and my wife loved watching surviving Jack, please bring it back.

You people at Fox are idiots!!!! Get rid of some of the reality crap you have. Did you even look at the rates of the show. IDIOTS!!!!

Me and my no sense of humor wife watched every episode! She laughed at everyone of them. Fox! Seriously! If you care about a fellow man who’s wife scares him with her dry and sadistic sense of humor PLEASE put it back on the air! I also loved the show! It brought back a lot of childhood and teenage memories! Canceling that show was a huge mistake! Bring it back! PLEASE?!!!!!

That sucks! I watched every episode. I loved that show, plus social distortion as the song, awesome. Fox you suck!

I can’t believe this show was cancelled! I laughed so hard at every episode. The dynamic between Meloni and Buckley was a great thing to watch. So sad to see it go 🙁

I loved that show!!!! I watched it on Hulu and did not understand why no more episodes were available for so many months. Then I decided to google it and found it had been cancelled. It was such a funny show. So sad it was cancelled.

Let me be F***ing honest. I have watched over 150 American TV shows in my 20 years of living. Finding a show that will entertain the crap out of me is an arduous task, because most TV shows out there suffer from poor writing, lacking of well formulated plots, and sex appeal. “SURVIVING JACK” is officially my number 156 TV show that I have selected to watch. Not to mention that 130-plus of those TV shows had come to a successful end. Why am I saying this? I know no body cares about my idiotic list, yet, I believe it… Read more »

Loved the show. It was one of my favorites. Sad that it won’t be back. My husband loved it,too.

Fox channel has some great shows. I kind of wish this one had been shown on another channel because if it had been we would be looking forward to another season. Come on Fox this is one of the great ones.

Loved this show! What are you guys doing?? Best thing to come out of America in a long while.

It was a phenomenal show! I am so sad to see it go.

Loved that show…Why did it get canceled?

That was the only show that brought me back to watching Fox besides the NFL. You guys suck. And are stupid