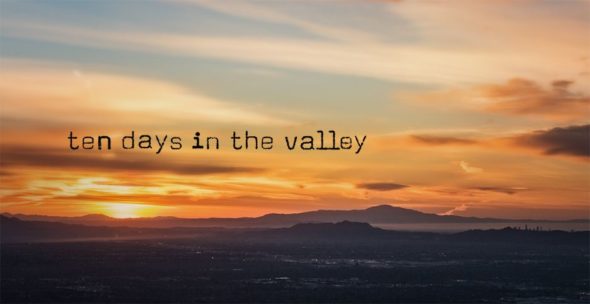 TV show description:
A character-driven mystery drama, the Ten Days in the Valley TV show centers on Jane Sadler (Sedgwick). As a mother and the producer of a new, hot television series, Jane already feels stretched to the breaking point. Now, as she is separating from her husband, Jane’s young daughter, Lake (Pniowsky), disappears in the middle of the night.

Jane originally made her bones in the business by producing an award-winning documentary which exposed the truth about the San Diego Police Department. Now, she’s putting her real-life experience to work in a barely fictional police drama centering on the Los Angeles force. As a single parent, balancing a demanding job with the needs of her child, feels insurmountable at times. When Lake goes missing, and Jane’s world crumbles, it is the L.A.P.D.’s Robbery-Homicide Division which investigates the girl’s disappearance.

From family and friends to co-workers — no one in Jane’s life is above suspicion. First there is Pete (Gurry), her ex Jane and Pete’s separation is nothing if not bitter. Although he’s a recovering heroin addict and his career as a music producer is somewhat erratic, Pete’s a charming man and is seeking joint custody of Lake.

Meanwhile, Jane’s half-sister, Ali (Christensen) has been struggling to conceive. She is married to Tom (Randall), a currently unemployed journalist who is determined to get his career on track. Because they have a complicated relationship, the otherwise practical Ali can’t help but question some of the choices her big sister makes.

The people in Jane’s life also include Beatriz (Ramirez) who works as Lake’s nanny. At work there is Jane’s assistant, Casey (Kinney), who deeply desires a mentor.

Although Jane thinks of her head writer as her right-hand man, Matt (Warner) feels like he never lives up to her lofty expectations. Still, he’s got issues of his own, not the least of which are his ambitions to produce his own series.

Jane is not without her own secrets. Her lover, Gus Tremblay (Battiste), is not only an undercover narcotics detective, he is also her clandestine source for the “fictional” premises behind the plotlines of her scripted TV series.

The LAPD’s Detective John Bird (Akinnuoye-Agbaje), is something of a nonconformist. He is heading up the case on Lake’s disappearance and works with the tenacious Nickole (Liebert). They report to Commander Elliot Gomez (Solis) who reigns over the LAPD Detective Bureau as if it were his own fiefdom. Because his elder brother is running for Attorney General, improving the public’s perception of the LAPD is the commander’s chief priority.

Rounding out this cast of characters are the easy-going Sheldon (Lee), a drug supplier who uses a well-known taco truck to launder his ill-gotten gains, and PJ (Young), the local drug dealer who just happens to be an aspiring writer.

Since everyone has their secrets, who can be trusted? Stay tuned.

Series Finale:
Episode #10 — Day 10: Fade Out
Jane finds herself in immediate danger when the kidnapper’s identity is discovered. Bird’s investigation connects him to new evidence that leads to a shocking confrontation. Meanwhile, Ali reveals a secret to Pete; and Tom has to make a choice between family and his career
First aired: January 6, 2018

What do you think? Do you like the Ten Days in the Valley TV series? Should this TV show be ending? Should it have been renewed for a second season on ABC, with a new mystery?

Yes renew the show Kyra is an outstanding actress. Kyra is always amazing especially in The Closer!!! Miss her & the entire cast bring that back too!!!!

Miss this show – Hopeing you will reconsider Kyra Sedgwick was amazing

Love the show – couldn’t stop watching it. Bring it back….

I LOVED this show! It was always SO HARD TO FIND!!…???…even on the network’s app…?? Why? Ratings should have and would have been much higher if the show hadn’t been hidden. I had to PAY to watch the last few episodes on Amazon Prime. It made no sense. I was pissed!! I loved the show. I loved the cast. Who doesn’t love Kyra Sedgwick!? And the rest of the cast was great too.

I loved this show. Couldn’t find it on TV after 2 episodes so waited until it came out on DVD and watched it twice already.