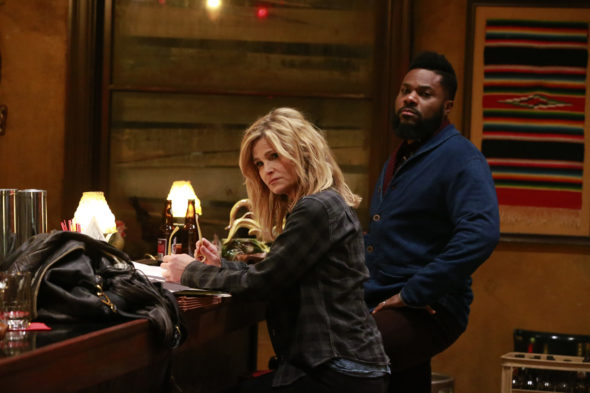 This is a little bit like reporting water is wet, but it is official. Kyra Sedgwick’s Ten Days in the Valley TV show has been cancelled by ABC. It’s no mystery why there will be no second season for the TV series. After introducing it on October 1, 2017, the network pulled Ten Days in the Valley from the air before the end of the month, only to bring it back on Saturdays — in December. It’s been cancelled for a while, now. The Alphabet Network has just finally admitted the truth. That is the first step, on the road to recovery.

Ten Days in the Valley: A Look at the Ratings

The first and only season of Ten Days in the Valley averaged a 0.35 rating in the 18-49 demographic and 2.155 million viewers. Ten Days in the Valley earned the lowest demo numbers of the 26 scripted ABC TV shows we tracked during the regular 2017-18 television season and only beat out bottom-dweller Marvel’s Agents of SHIELD in terms of average total viewers.

Deadline has confirmed the Ten Days in the Valley cancellation. That report also states, “The network said the remaining episodes will air.” By our reckoning, they already did. Unless we missed something, let’s chalk that last bit up to confusion induced by a huge day of cancellations and renewals.

What do you think? Did you watch the Ten Days in the Valley TV series? Do you think this ABC TV show should have been cancelled or renewed for season two? Sound off in the comments.

I hate it when a series is cancelled after the first season. I usually wait and start watching if it makes it to a 2nd season. Guess I will just erase all my Season 1 shows without watching and wasting my time due to no 2nd season.

I loved the series .. it was sluggish to start with, but wonderful twists from middle to the end, quite thrilling and on the edge of our seats viewing. Wanting much more of the series .. ..

Keep it , loved this show

This was a show with a good twist. However it wasn’t one that was pushed enough by the networks and so many people were not aware of it’s existence, which is the best reason why ratings may not have been as hoped for.

SHOULD KEEP IT ….liked it !