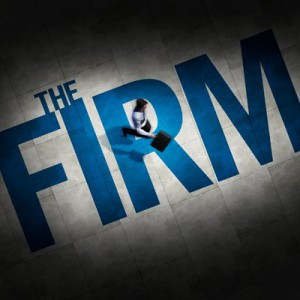 Last night, NBC unveiled their newest legal drama, The Firm. Crafted as a follow-up to the John Grisham novel (which was also made into a 1993 feature film), the TV series stars Josh Lucas, Molly Parker, Callum Keith Rennie, and Juliette Lewis.

The peacock network really needs some hit shows to help them rebuild their schedule, especially since many of the new fall shows have either been cancelled or are struggling. The Firm is certainly one of their most high-profile shows of the season.

Unfortunately, it doesn’t look like they’re going to find a hit this time around. After receiving lackluster reviews, The Firm’s two-hour debut brought in a very disappointing 1.4 rating in the 18-49 demographic and just 6.3 million viewers, per the fast affiliate ratings.

The new show was in last place for the demo at 9pm and tied for second place with struggling Pan Am at 10pm. What’s more, viewership declined as the two hours progressed, an indication that those people won’t be back next week.

This has got to really sting for NBC execs as they’ve already committed to 22 episodes. I’m guessing they may already be thinking about cutting that order.

What do you think? Do you think The Firm will be a hit for NBC? If you watched the two-hour debut, were you impressed or underwhelmed?

I was just looking up on what happened to the shows I watched last year. The Firm was a very good show, one of five that I watched or taped last season. 2012 – 2013 I have only two shows I watch or tape. There are too many CSI shows. TV is becoming a bust. Most good shows don’t last. Maybe The Firm will return. I don’t like all lawyer shows. The Good Wife has never passed my test. Bring back The Firm!

Thinker show not mindless boop-tube TV like most of the other series. So sorry it got canceled, wish someone in TV executive land would get a reality check.

[…] one of NBC’s biggest launches of the season but it misfired right from the start. The two-hour premiere brought in a dismal 1.4 rating in the 18-49 demographic with just 6.32 million […]

The Firm is the best show on TV! I hope they do not cancel it. NBC finally got a decent series to watch.

We love the show. It’s our favorite show on tv right now. Mitch is great as are the other cast members. The story line is always very well done and it’s so exciting. I’ve been a paralegal for 15 yrs. and I just love this show. I heard it was cancelled and I was amazed as the show is so well done. Anything we can do????

The show was alright but I couldn’t help but wonder why all of the men seemed to always be wearing green suits. The Firm began to become predictable and I was going to stop watching it anyway. The show I really miss is Prime Suspect, it had a great cast and interesting stories.

cool show, very interesting cases and the suspense with the other angle hanging in he background. Very good acting with Josh Lucas.

I wasn’t sure that the idea of making the movie into aTV series would work but I have to say I’ve
really been enjoying the show. It easily holds my attention and I look forward to the next show and seeing how the cliffhanger ending from the previous show pans out.
I don’t watch a lot of TV but I will definitely be watching The Firm !

so many dumb shows on t.v. the Firm is action and great acting. I look forward to each episode. I hope it stays around for a while.

one word for it; terrible. What a bunch of clowns at that network.

Absolutely LOVED it! Can’t wait for next episode.

I liked how the lead actor played “10 years ago Mitch” more like Tom Cruise in the movie; it was a subtle change, but you could see how present day Mitch maybe had slightly less energy / less wild. But I only bothered to tune into the first 10 mins of the show or so; I don’t like lawyer stuff and the other bits just weren’t interesting enough to keep my attention for long.

It was, quite simply, wonderful Television. The show was gripping and left you with a mini cliffhanger at every break. Very well done.

Although too many plots at the beginning and it would have helped to have had the events shown chronologically rather than dancing back and fore
Other than that I thought the actors were great and the show has potential. It is always unfair to judge a series on it’s opening … you need to give it several episodes before making your mind up. I for one will be tuning in again on Thursday night.

I watched it; it was awful PAN AM is much better. But, since PAN AM is on ABC, and I like it, of course they will cancel it. But I won’t be watching anymore of the THE FIRM; trust me, it’s not worth your time. It’s jumbled. confusing, and way too many story hooks were started for a show that will be gone in 5 weeks. Don’t bother.

The Firm premieres 46% lower than the debut of The Cape. OUCH.