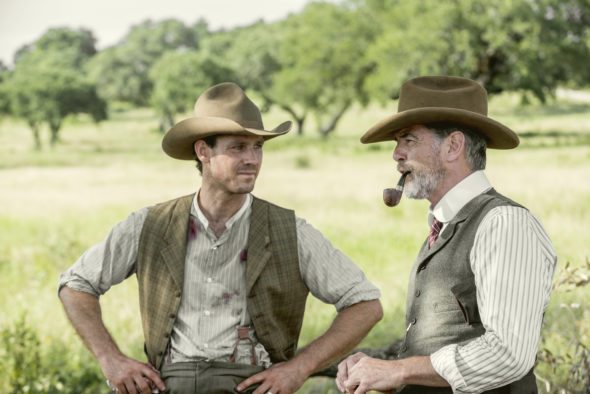 Are you a fan of The Son? AMC just announced the TV show’s second season will premiere in April 2019.

What do you think? Have you seen The Son? Will you watch season two?

Always enjoy reality in western American stories. The 19th century in America is fascinating! Texas is uniquely America! Pierce Brosnan is an especially expressive actor. I like his 007 movies. I’m glad the network(s) got this one–& Yellowstone– right!

The Son with Pierce Brosnan had a great season 1. I will watch season 2. What took so long for season 2 to come forth?Why the cancellation?

The son is a great wanted more

Yes and loved it!!

We’ll do,we are expecting with high interest to see “The son” Season 2…bring it soon to Colombia.

We have been waiting for the son to return. It was excellent. We watch TWD, swamp people , lou Dobbs , ID TV, blue bloods We loved Hell On Wheels it was fabulous !

I very much enjoyed the son.

Loved the first season but not good enough to wait a year and a half for season 2.

I have been waiting for it to return about time. This and Yellowstone are the 2 best shows

Glad to hear The Son season 2 is finally coming in April. Why did AMC not bring it last year as promised?