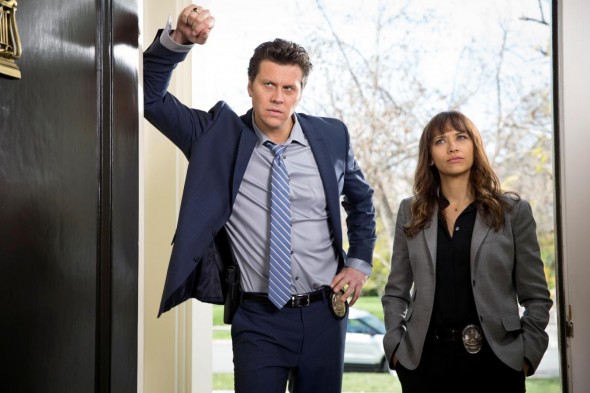 The cop comedy follows Angie (Rashida Jones), a detective with lone-wolf tendencies. Along with a squad of committed LAPD detectives, she investigates the most serious cases — from the murder of a ventriloquist to a rash of baker suicides. The cast also includes Hayes MacArthur, Jere Burns, Deon Cole, and Andrée Vermeulen.

LOS ANGELES, December 27, 2018 – This weekend, as a special holiday-binge treat,TBS is releasing the fourth season of Angie Tribeca in its entirety. Starting at 8pm ET/PT each night, fans (you’re welcome!) can watch all 10 episodes on primetime as well as on the TBS app and TBS.com. Additionally, viewers can binge complete seasons 2 & 3 on Saturday and Sunday respectively.

This holiday binge experience is the latest innovative offering that TBS has provided to fans trying to avoid their families.  Angie Tribeca initially debuted in 2016 with a 25-hour marathon…that’s right 25 hours…and scored two consecutive seasons of growth among adults 18-49, including +13% for season two and another +8% for the third season. The series has consistently ranked as a top-performing primetime cable comedy and was in the Top 10 for season 3.”

What do you think? Have you seen Angie Tribeca? Will you watch the new season?