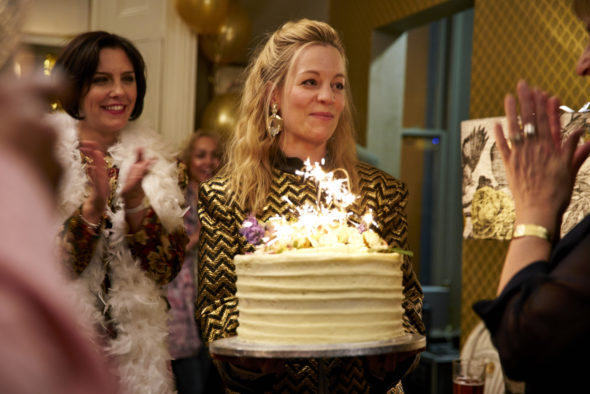 The Beeb wants to stay together. BBC One has renewed The Split TV show for a second season. The divorce drama is a co-production with SundanceTV, where it airs in the US, but the cable network has not yet announced whether it has cancelled or renewed The Split for season two. *Update: SundanceTV subsequently released their own press release which confirmed they’ll be airing season two.

The Split stars Nicola Walker, Annabel Scholey, Deborah Findlay, Anthony Head, Rudi Dharmalingam, Stephen Mangan, Meera Syal, Fiona Button, Barry Atsma, and Stephen Tompkinson. Unfolding in London, the BBC One and SundanceTV series centers on the Defoe women, whose firm is at the center of the city’s divorce circuit. Now that top attorney Hannah (Walker) has left for rival Noble & Hale, she will have to face off against her own family. Meanwhile, family patriarch Oscar (Head) is back after a 30-year absence, which throws everything further off kilter.

Learn more about The Split season two renewal, from this SundanceTV press release.

NEW YORK – May 30, 2018 – SundanceTV and BBC One announced today that Abi Morgan’s original drama “The Split,” produced by Sister Pictures, will return for a second season. Season one premiered on SundanceTV on May 23rd to critical acclaim, having been called a “powerful drama” by The Wall Street Journal and “an addictive guilty pleasure” by TV Guide.

“The Split” is an authentic, layered exploration of modern marriage and the legacy of divorce through the lens of the Defoes – a family of female lawyers at the heart of London’s fast-paced and emotionally charged divorce circuit.

On the show’s return Abi Morgan said: “It’s a delight and a privilege to bring ‘The Split’ back for series two and to submerge myself once more into the world of Noble, Hale and Defoe and the lives of Hannah and her sisters. Thank you to the BBC, Sundance and the enthusiasm of viewers and we look forward to seeing you in 2019.”

Jane Featherstone, Executive Producer for Sister Pictures, said: “I’ve been very proud to see Nicola Walker leading our incredible cast through six episodes of Abi Morgan’s beautifully crafted exploration of families and modern marriage, and I am thrilled that we’re going to be able to continue to explore their lives in even more detail in a second series. Expect things to get even messier for the Defoe sisters and those closest to them.”

“‘The Split’ has been an emotional, compelling drama that SundanceTV has been proud to be a part of,” said Jan Diedrichsen General Manager SundanceTV and Sundance Now. “Abi and Jane created a wonderful series that we’re excited to bring back for a second season, and we can’t wait to get a deeper look into the complicated lives of the Defoes and the high-stakes world of divorce law.”

About SundanceTV
Since its launch in 1996, SundanceTV has remained true to founder Robert Redford’s mission to celebrate creativity and distinctive storytelling through unique voices and narratives found in the best independent films. From delivering critically acclaimed Emmy(R), Golden Globe(R) and Peabody Award-winning television featuring some of the world’s most talented creators and performers, to showcasing some of the most compelling and iconic films across genres and generations, SundanceTV is a smart and thought-provoking entertainment destination. SundanceTV is owned and operated by AMC Networks Inc.; its sister networks include AMC, IFC, BBC America and WE tv. SundanceTV is available across all platforms, including on-air, online at www.sundancetv.com, on demand and mobile.

About BBC Drama
BBC Drama offers something for everyone. It is unique, distinct, and captures the public’s imagination by pioneering world-class work for a global audience. Working with the very best established and emerging talent, BBC Drama is the UK’s industry leader in producing original British drama and home to the most ambitious shows. The British Broadcasting Corporation (BBC) is operated in the United Kingdom, Isle of Man and Channel Islands.

About Sister Pictures
Sister Pictures is an independent production company, founded by Jane Featherstone in November 2015, to develop authored, bold and distinctive stories for UK and international audiences. Jane has executive produced some of the UK’s most ground-breaking television including Broadchurch, Humans, Utopia, Spooks, The Hour, and Life on Mars. Sister’s current projects include Giri/ Haji for Netfllix/ BBC, Chernobyl for HBO/ Sky Atlantic, The Bisexual created by and starring Desiree Akhavan for Hulu/ Channel 4, Cleaning Up starring Sheridan Smith for ITV1 and the award-winning Flowers S2 produced by Hootenanny, a Sister Pictures company for Hulu/ Channel 4 in association with Kudos. 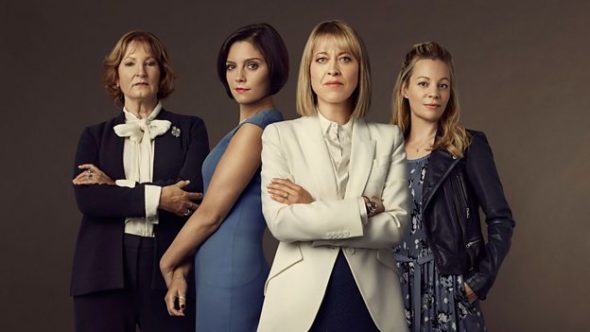 What do you think? Are you a fan of The Split TV series? Do you expect SundanceTV to cancel or renew it for season two?

Love, Love The Split! Great storyline about the Defoe family, dysfunctional yet still loving and caring about each other. Shows both the positive and negative to divorce. The negative effects if has on children and the destruction on the lives of adults involved. Can’t wait for season 2.

Huge fan of anything Nicola does -really hope the series returns for many seasons to come!

ABSOLUTELY LOVE IT!!! The cast and story line are the BEST!!! Hurry up with Season 2!!!

Please renew The Split and put season 1 on dvd soon.

Very well written and acted. The cast chemistry is on target. Please continue with this series.

I love the Split and can’t wait for season 2. The chemistry between Hannah and Christie is wonderful.

The Split is one of the finest dramas I’ve seen on TV. PLEASE bring it back and make it longer. More episodes are necessary. Can’t believe we have to wait until 2019. Thanks for the best in viewing.

Just discovered Nicola Walker and found ‘The Split’. It is one of the best dramas I have seen come out of the UK or US in years. Delighted that we will enjoy another season… hopefully many more seasons.

I am so addicted to this show. I love all British shows as the acting is superb and the background music is perfect. Nicola Walker is a great actress and the story is compelling. Please RENEW this series as it is top notch.

Loved the show especially the very real affect of divorce on families. It was particularly interesting to see how the courts work and how deals are negotiated. Please renew for another season.

Rilliant series. Enjoyed it very much especially the very real effect of divorce on families and how processes work out in the law courts. Please renew for another season.

Only saw 1 episode but I love Nicola Walker and loves the show! ( not in your 18-49 demographic)