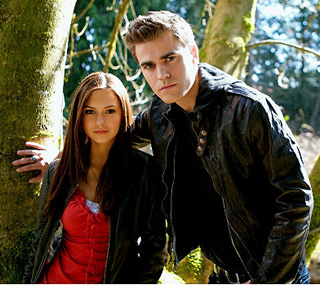 This years show of Vamp is really slow .
Your staying on things way to long with the Bonnie
thing dead or alive and then it was a long drawn thing with Elena
and it’s just getting boring. With the same topic over and over
again.
You need to pick up on some new action. At one time I thought
the whole show was going to be Vamps.
That’s why I think your not being watch.

Why cancel the show? You can’t continually remove a show from the air for weeks at a time and expect Nielsion Ratings to remain high. In fact, the Nielson Rating Sytem is again showing its weakness at judging how people view television. The Nielson families are into recording and watching later, or watching shows online whenever they want. The polls clearly demonstrate that peolple want the show to remain on-the-air, so why is there even a discussion among TV executives about the show’s relevance to its viewers? Silly people making decisions, because everybody wants to win every time slot…it’s absolutely… Read more »

You Know, Most, No, ALL OF MY FAVORITE SHOWS I WATCH ARE NOW GOING TO BE OFFICIALLY CANCELLED! WTF!!! If Vampire Diaries Stops, I Will Have Nothing To Watch. KEEP MAKING VAMPIRE DIARIES!!! Love It!!!