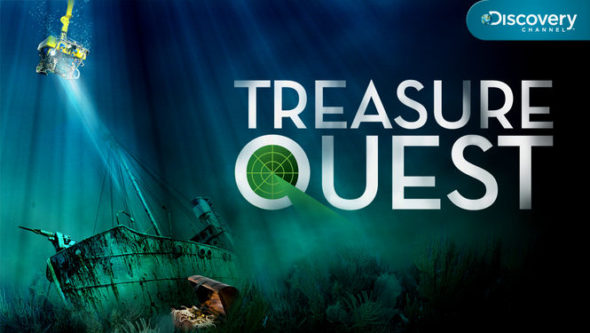 The hunt is back on! Recently, Discovery Channel announced season two of Treasure Quest will premiere later this month.

TREASURE QUEST is back with more adventure, danger and treasure than ever before. This season, veteran treasure hunter Shawn Cowles, tech specialist Jeremy Whalen, and demolitions expert Jack Peters set out to Bolivia in search of the biggest land find treasure in history – the legendary Sacambaya Treasure, reportedly worth two billion dollars. But perilous weather conditions and dangers of altitude sickness, wild mountain lions, landslides, Jesuit booby traps and even blood sucking vampire bats stand in the way of unearthing the long-hidden riches. TREASURE QUEST returns Friday, August 24 at 9PM on Discovery Channel.

Over the last three centuries, many explorers from all around the world have made the journey to unearth this billion-dollar treasure, but have been met with misfortune and death. The last man alive to have hunted for this fortune, Johnny Irwin, provides the TREASURE QUEST team with a crucial lead from his own expedition – after years of research, he has a new theory about the treasure’s whereabouts. Armed with cutting-edge technology, heavy equipment and vital intel from past explorers, this new team is better equipped to unearth these legendary riches than anyone before them.

This season’s quest begins with a lead that points the treasure hunting team to an old and long-abandoned Jesuit monastery. To get there, the team must travel through Yungas Road, infamously known as “Death Road” because it has more fatalities each year than any other road in the world. Mere miles before they reach their destination, a landslide forces the team to stop dead in their tracks and reroute their journey to safety. Will this end the team’s trek to the treasure, or will their knowledge and expertise take them through to the end?

What do you think? Have you seen Treasure Quest? Will you watch the new season?

How do I see the back episodes of Treasure Quest? I’ve missed a few and want to catch up. Can I get them online?