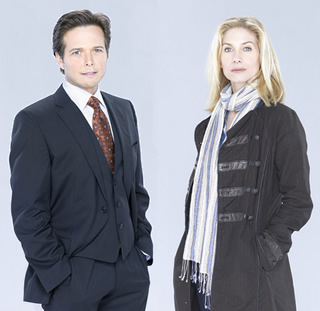 If you think about it if any one was going to invade planet earth they would have to do it in the next two years or run the risk of us killing or blowing up the planet so if there is intelligent life out there you will probably see it before the next episode of V airs and I can be the founding member of the real fifth collum .

It’s so sad that the “big” networks are so clueless – I remember them having some fantastic shows when I was really young. I wonder what happened to them? I was so excited when ABC announced and starting advertising for V, it gave me hope that maybe they aren’t so bad, but as usual they’re on the verge of demolishing something really decent. *sighs* USA or SyFy should purchase it asap, before the ABC writers completely destroy the storyline by trying to fit it into ABC’s “oh we -guess- we’ll let you come back, a lil..” scheduling.

THIS show single-handedly shows you what could quite possibly be the present and the future of this planet. Hollywood is trying to tell us something. But, at the same time the timing MUST be right. Too much revealed too soon will defeat the purpose. 2011 sounds about right.

Move it to SyFy where the intelligent viewers of genre shows find a home and give up on the nets. All they cater to is drooling idiots who want to see “real people” fall on their faces or dance. Sheesh. Go to a Club if you want to see people dance. Then the rest of us can have some decent TV to watch.

Americans don’t to watch a show with a plot, and actually have to think. They want mindless shows like DWTS.

“V” is the only show I watch on ABC, and the new head of programming there is the idiot who ran the boring ABC Family Network. He wouldn’t know a successful male 18-49 target demographic (of which I am one) if it hit him in the head!! He will ruin ABC with kiddie programming. Shame on everone at ABC for dismissing “V.” It’s the coolest show on any network, yet it has been bastardized unfairly. What moron came up with last year’s “air 4 episodes during November sweeps, then pull the show for 4 months”? Sheer stupidity. It lost all… Read more »

Such a shame that this is being dismissed by the network. I think they should turn to the cable shows because this series is really well done and the two female leads are fantastic.

I love V but understand it’s not a show for everyone… The season ending was great and look forward to seeing it… How are they giving the show a good chance to survive if they keep messing with its schedule?

If it is dropped, I doubt another network would pick it up. Would love SCI FI to do it but its odd with what they put on the air. I figured if no one picked up Firefly years ago of Farscape again, they wont grab V…

Well just cancel it already I mean really. I’m surprised as hell it was renewed honestly. It was a little better than flashfoward, it didn’t quite downhill as much as flashfoward. But still you should just put the loyal fans outta their misery. Cancel it! And don’t look back.

While this isn’t our favorite show, it’s on the list of series we watch, and it isn’t just another cop show, which is a plus at this point.

If they cancel it, it will be just another reason why the “networks” we have been watching in our home have names like USA, FX, HBO, SHO.

ABC, NBC and CBS are quickly losing our interest.

I really enjoy this show. It stinks that it’s not getting more viewers, but I guess like most of my shows, I’m the only one watching them (it seems).

Hey, maybe they’ll replace it with “Watch over-steroided drunk people beat each other up and have sex” or some other like-minded reality show. Those get great ratings and require absolutely no brain cells to watch.
Thanks America!
Like the rest of the world says, we’re just stupid and fat. Is seems we love to prove them right.

I absolutely loved “V” and am very disappointed that it is not back on.

Simply said ABC SUCKS! If whoever is making these bad decisions to cancel shows would of been around in the 80’s when tv was excellent, I wonder how many of the great shows we remember would of been around? I love V. It is not a reality show–I get enough reality daily why would I want to watch it. The script is excellent and the characters are real. Some shows need more time to lay out their characters and storyline. I dont expect V to be around because ABC is hacking away at interesting shows WHO HATE REALITY SHOWS AND… Read more »

This is really strange. For some reason the V series popped into my head as I was going to sleep last night. I did a search when I got up this morning and came across your article. I sure hope the show survives. It is very well done and smart. I’m going to the ABC site next to see if there is a place to show support.

I am not very good with looking things up on the web so please post the site, if you find one, so I can support the continuance of the show. Thanks.

It will be a miracle if it sees a season three.

I am starting to think all the shows which deserve a chance should start aiming for TNT, TBS, Bravo, and other cable networks. The 4400 got three seasons too many, but V just putters along? It’s not fair.