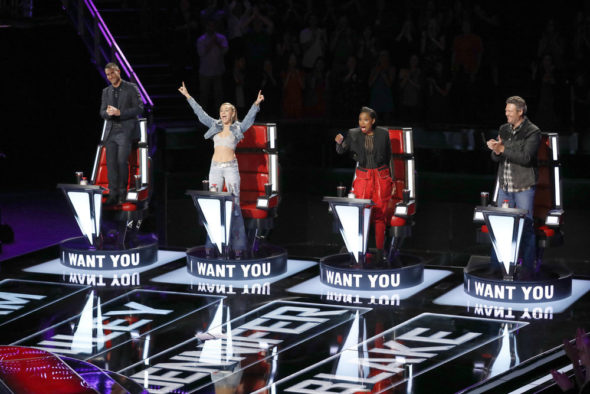 Despite some coaching changes and downward trending ratings, The Voice TV show keeps drawing audiences for NBC. The singing competition is one of the Peacock Network’s strongest Nielsen performers and shows no signs of stopping. It was renewed for season 14, back in May, and Kelly Clarkson will join the coaching panel when that installment premieres in the spring. While we’re not worrying about cancellation, tracking these ratings helps us gage the success of other NBC series, so stay tuned.

12/19 update: You can see the rest of the latest night’s ratings.

What do you think? Do you still like The Voice TV series? Should it be cancelled or renewed for another season on NBC?