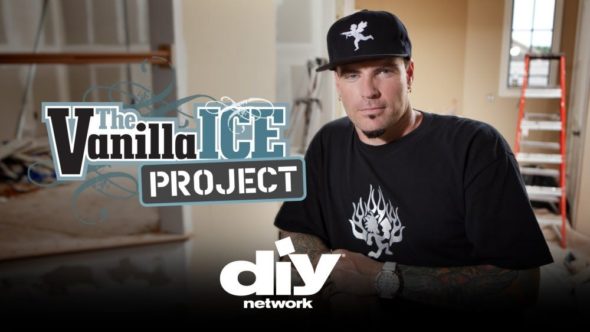 Get ready for a new season of The Vanilla Ice Project! Production has begun on the eighth season of the series. It will arrive in July 2018!

DIY revealed more about the return of the series in a new press release. Check that out below.

“Another extravagant Florida house flip is in the works as DIY Network begins production on a new season of The Vanilla Ice Project. Pop culture icon and home renovation expert Rob VanWinkle, a.k.a Vanilla Ice, and his crew will showcase the latest home technology and design trends as they completely overhaul a bland property into a stunning modern showplace. During its previous run, the series delivered a 52-percent increase over year-ago levels in the Sunday at 10 p.m. ET/PT timeslot. The new season is slated to premiere in July 2018.”

Will you watch the return of this series? Tell us what you think.

I really liked waching Rob do the show’s with the amish. Really good shows.

We love this show. Can’t wait for its return

I have been waiting to watch what Rob will do next. He’s not afraid to do different designs, that others wouldn’t even try!! He’s am amazing designer and i will definitely watch every episode!! It’s a great show that I miss alot!!

Love watching Rob and the guys and see the fabulous work they do. But, why is the show only one half hour this season instead of one hour?