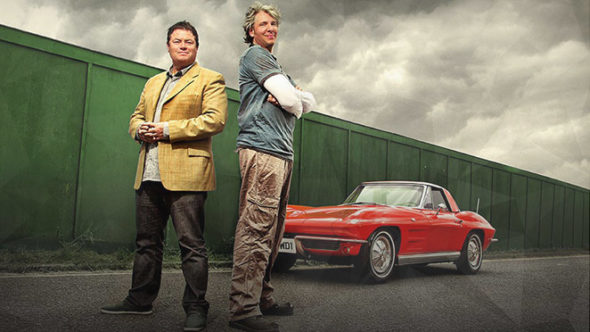 Fans of Wheeler Dealers can watch the season 17 premiere on MotorTrend.com and the Motor Trend app beginning April 4th. The new season premieres on Velocity on April 11th at 9 p.m. ET/PT.

WHEELER DEALERS master mechanic Ant Anstead and automotive valuation expert Mike Brewer are back to work; Mike is hunting down a variety of gently used cars then handing the keys off to Ant for a bumper-to-bumper refurbishment before trying to sell the cars for a healthy profit. This season features a wealth of incredible rides including: a 1969 Opel GT; a 1988 Jeep Grand Wagoneer; a 2004 Mini Cooper S MC40; a 1987 Alfa Romeo Spider Quadrifoglio; a 1970 International Harvester Scout 800A; and much more.

“WHEELER DEALERS continues being one of the strongest shows in our content garage,” said Robert S. Scanlon, president of Velocity and TEN Content. “Mike and Ant deliver informative automotive knowledge that every man or woman can use every day. Now, with Motor Trend, we’re excited that audiences can have that vast knowledge at their fingertips at any time.”

**All Episodes Premiere First on MotorTrend.com and the Motor Trend App then debut on Velocity the following Wednesday at 9 PM ET/PT.

“1970 International Harvester Scout 800A”
Premieres Wednesday, May 2
Velocity Premiere Wednesday, May 9 at 9 PM ET/PT
Mike hunts down an early SUV poised to explode in the vintage 4×4 market, a 1970 International Harvester Scout 800A. Ant restores it to glory by rebuilding a leaky transfer case, fixing the steering, replacing out of date wipers and interior.

“1977 Porsche 924”
Premieres Wednesday, May 9
Velocity Premiere Wednesday, May 16 at 9 PM ET/PT
Mike takes another swing at a Porsche 924, the first car he ever turned around on the series. Will fixing oil leaks, rough idle, poor gear change and worn interior return enough of this Porsche’s prestige to earn a profit?

“1972 Datsun 510”
Premieres Wednesday, May 16
Velocity Premiere Wednesday, May 23 at 9 PM ET/PT
Mike and Ant drag a rare 1972 Datsun 510 2-door into the 21st century. The engine is in good order and the car itself could be quite valuable, but the paint job is awful, the gearbox is unresponsive and the bodywork leaves a lot to be desired.

“Petrolhead Takeover”
Premieres Wednesday, May 30
Velocity Premiere Wednesday, June 6 at 9 PM ET/PT
The fans take the wheel as Mike and Ant spend the day answering questions from across the globe. In the process, they pull the curtain back on the inner workings of Wheeler Dealers and take look back at the last eight cars.

What do you think? Have you seen Wheeler Dealers? Will you watch the new season?

Why on earth did you come to the USA? Much more charming in Britain.

I love the show and will be watching

Well mike Breuer has been attacking ed China on youtube as beefing lazy and having a big head, are you going to reptremand mike for being a moronic. No I will not watch wheeler dealers when you see repeated and disgraceful statements by a petty small man like mike Breuer!!!!!!!