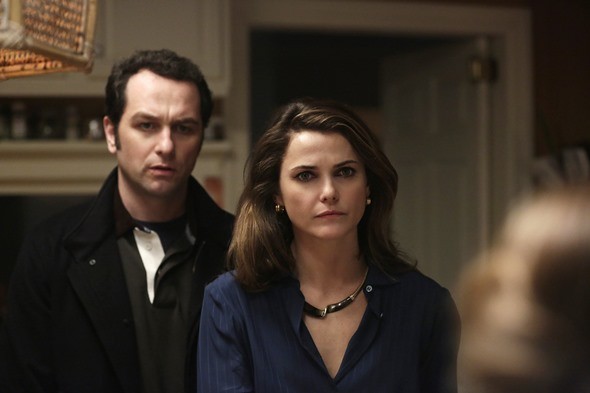 It’s the beginning of the end for The Americans. Recently, showrunners Joe Weisberg and Joel Fields spoke with AV Club about the TV show’s sixth and final season.

Set in the 1980s, the drama stars Keri Russell and Matthew Rhys as a married couple who work as Russian spies in the United States. The cast also includes Noah Emmerich, Holly Taylor, Keidrich Sellati, Lev Gorn, and Costa Ronin.

In the interview, Weisberg revealed the ending of The Americans was plotted out early on:

The actual ending of the show we figured out somewhere late in the first season or early in the second season. I think some of us were surprised that that ending has stuck. If we were gambling men, we’d probably would’ve bet that we would’ve come up with a different ending by now. But we really liked that ending, and it turned out it was the one we ended up using. As the show evolved, the characters evolved, plots and stories went in all different directions. The way everything ended up, [it] ended up sticking to that idea that we had very, very early on in the show. How we got there certainly took a lot of curves and a lot of turns that we did not anticipate—but the actual ending stayed the same.”

Later, Fields added that the final season will see a big time jump and further explore Philip and Elizabeth’s marriage:

I think in a way, it’s more about the marriage, and more about—you know, we were talking a little bit about the history and the changes in the Soviet Union, how those would impact Philip and Elizabeth, and just seeing it’s been a very complicated road for the two of them over the years of this series, with ups and downs and growing much closer. And now we’re seeing that, during this time jump, they’ve been driven further apart by him leaving the work. And now trying to see what are the effects on the marriage of that. And then the further impact of these changes in the Soviet Union. It always comes back to the same thing, which is the marriage and what’s the most that we can explore there. And this seemed like very, very fruitful territory.”

The sixth and final season of The Americans premieres on FX tonight, March 28th, at 10 p.m. ET/PT.

What do you think? Are you a fan of The Americans? How do you hope the series ends?