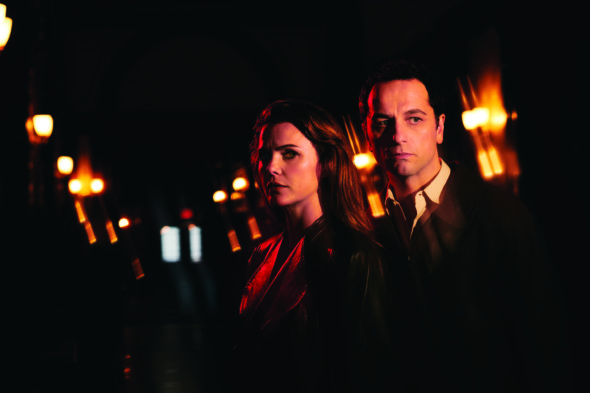 [Question about] the sixth and final season of The Americans TV show on FX? As we know, the Nielsen ratings would typically play a big role in determining whether a TV show like The Americans was cancelled or renewed for season seven. Unfortunately, most of us do not live in Nielsen households. Although it is not technically “cancelled,” some viewers are frustrated their voices weren’t heard, before the executive producers and FX decided to end The Americans with season six. We care what you think, so we invite you to rate all episodes in the sixth season of The Americans, below.

An FX Cold War spy drama, The Americans stars Keri Russell, Matthew Rhys, Holly Taylor, Keidrich Sellati, Noah Emmerich, Lev Gorn, Costa Ronin, and Brandon J. Dirden. The story centers on Soviet secret agents Elizabeth (Russell) and Philip Jennings (Rhys), who entered into their KGB-arranged marriage for the sake of the job, but somewhere along the way, fell in love. As season six kicks off, their neighbor, FBI Agent Stan Beeman (Emmerich), still has not discovered their true identities, yet he and his former partner, Agent Dennis Aderholt (Dirden), remain their biggest threat. With Reagan in the Oval Office and Gorbachev in power in the Soviet Union, the times, they are a-changing. Meanwhile, Oleg Burov (Ronin) is back in action, and Philip and Elizabeth could end up on opposite sides.

What do you think? Which season six episodes of The Americans TV series do you rate as wonderful, terrible, or somewhere between? Should FX have cancelled or renewed The Americans for a seventh season? Don’t forget to vote, and share your thoughts, below.

Best series ever after 24 and homeland. If anyone knows a better series to continue say so! Bring it up to date in say the year 2000 with elizabeth and Philip finding out what Russia is like under Putin

Please do a Season 7 (8, 9 , 10…) for The Americans! We’re very concerned about Henry, feel terrible for Stan, need to know if Renae is KGB and whether Katherine softens like Phillip did cause she is a regular robot killing machine!!

I mean Elizabeth not Katherine!

The Americans is the best FX show ever, and has been so consistent and thrilling all the way through… its so believable and well thought out, and I’m completely confused as to whether I should hate or admire Philip & Elizabeth for their dedication, given the opposite side we’d do the same if we believed as sincerely as they do… great story!