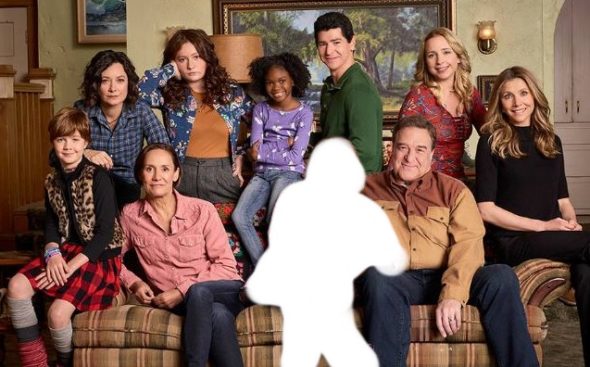 As you’ve no doubt heard by now, the high-rated Roseanne TV show was cancelled by ABC following some disturbing tweets by star Roseanne Barr. While she is no longer welcome at the alphabet network, what about the rest of the Conner clan? Could they return in a spin-off, without Barr?

Deadline reports that executive producers Gilbert and Tom Werner (Carsey-Werner Productions) are planning to meet with executive producer/showrunner Bruce Helford and some of the Roseanne writers in the next few days. The plan is to discuss the possibility of continuing with the show in some form, without Barr. The cast has enjoyed working with one another and they are reportedly open to hearing ideas on how they could continue to do so. ABC is not involved at this point but would likely be pitched on the spin-off if a suitable idea could be found.

The Mindy Project creator Mindy Kaling and Girls creator Lena Dunham both offered to create spin-offs for members of the Conner clan.

Laurie Metcalf and John Goodman let me write things for you

Coming up with a suitable spin-off idea may be the easiest part of the equation and sources believe it is ultimately unlikely to work out, for a number of reasons. The biggest issue could be Barr herself. Aside from starring in the sitcom, she was an executive producer and is presumed to have a partial ownership of the series. It seems unlikely that she would willingly allow a spin-off to happen.

Interestingly, this is not the first time that a Conner spin-off has been considered. During the final season of the original sitcom’s run, Barr, Carsey-Werner Productions, and ABC were in talks to do a spin-off with Roseanne Conner in a new setting. ABC ultimately passed on the project because the price was too high. CBS and FOX each considered it but then passed on the project. NBC wasn’t interested at all.

What do you think? Would you watch a Roseanne spin-off, without Barr? Would it be a hit?

The show is garbage without Rosanne B.

My whole family watched Roseanne for years. We loved it because it relates to all blue collared families. Roseanne was strong, outspoken & loved her family. Taken that away takes away our love for one of the best shows ever. There is no Conner Family with out the monarch of the Family! Also everyone got started in show biz because of Roseanne, so the real question is Where would any of them be today without the Roseanne show? Also she made us realize that being gay/lesbian is normal, voting the way you want is okay & your voice can be… Read more »

Roseanne was a very strong person, she would never kill her her self especially with pills that’s a rich persons way out of life..

The loss of Roseanne would be like the lose of Sheldon on Big Bang, even though all the actors help make the show Sheldon is the matriarch, the glue.. they did an episode of life without Sheldon & realized he brought them all together!! Give credit where credit is due.

I WILL NOT WATCH A SPINOFF OF ROSANNE. THE SPIN OFF IS DOOMED TO FAIL AND I HOPE THEY DO FAIL.

Why didn’t ABC give the audience a chance to have our say/choice rather we wanted to still watch Roseanne or not. They just canceled, it just like that…

I have never missed an episode of Roseanne. I will never watch a single episode of The Conners

Personally I think all the re-boots are terrible. This just shows that the network wants to pass off substandard material to a more sophisticated audience. No wonder everyone is going to NETFLIX

I would not watch this show.

i would watch the new show about the conners

No. Roseanne WAS the show!