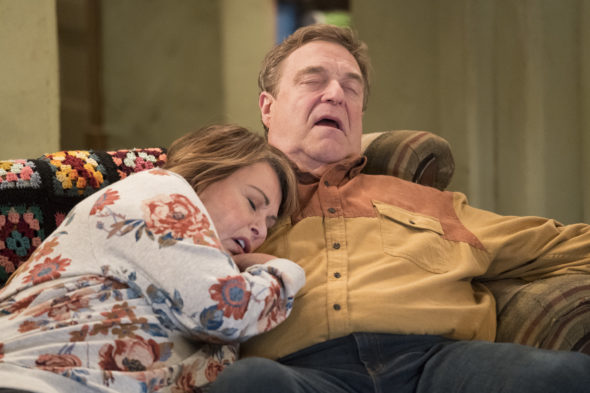 Are Roseanne, Dan, and the Conner family funnier than ever in the long-awaited 10th season of the Roseanne TV show on ABC? As we all know, the Nielsen ratings typically play a big role in determining whether a TV show like Roseanne is cancelled or renewed for season 11. Unfortunately, most of us do not live in Nielsen households. Because many viewers feel frustration when their viewing habits and opinions aren’t considered, we’d like to offer you the chance to rate all of the Roseanne season 10 episodes here. *Status update below.

What do you think? Which season 10 episodes of the Roseanne TV series do you rate as wonderful, terrible, or somewhere between? Should ABC cancel or renew Roseanne for an 11th season? Don’t forget to vote, and share your thoughts, below.

I never watched the original series. I just didnt cotton to Barr and the show seemed untreatable. I enjoyed the reboot. The political humor was okay, but the family dynamics were what made the show sing. I wouldn’t see any reason to watch without Roseanne. I actually got to like her.

Cancelling Roseanne was the biggest mistake TV has ever made. Many Many Viewers like myself will miss her show forever. And over what?? A bad statement she made? How many bad statements has our President spoken? “He” should of been cancelled a long time ago!!!!