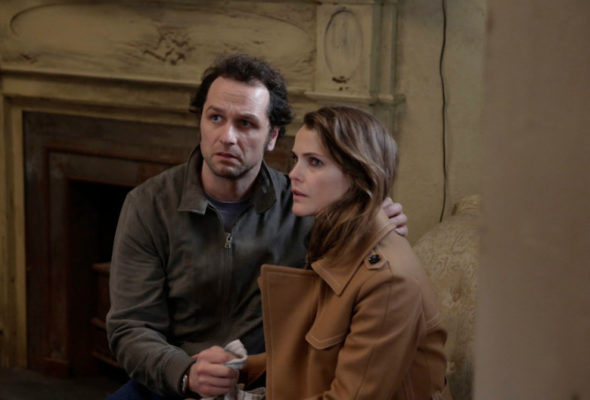 “It gets messier by the day.” FX has just released a first look at the final season of The Americans.

Set in the 1980s, the drama stars Keri Russell and Matthew Rhys as a married couple who work as Russian spies in the United States. The cast also includes Noah Emmerich, Holly Taylor, Keidrich Sellati, Lev Gorn, and Costa Ronin.

The sixth and final season of The Americans premieres on FX on March 28th at 10 p.m. ET/PT.

What do you think? Are you a fan of The Americans? How do you want the series to end?

Hope the last season is better than the disaster that was the fifth season.

Will be such a shame to see this come to an end but I hope they go out in style and then the producers look at a spin off where the children become spies as adults in the 21st century.