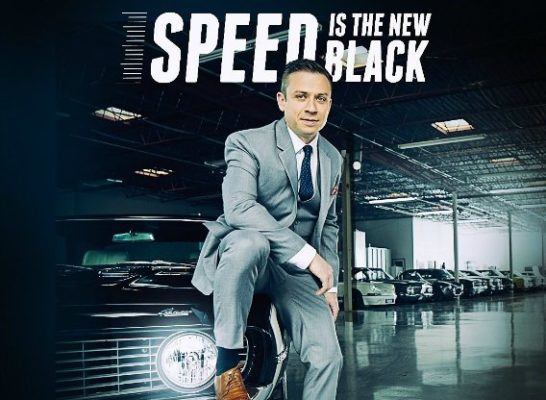 Speed is the New Black is ready to roll again. Recently, Velocity announced the TV show will return for a second season in June.

The docuseries follows Noah Alexander and his team as they restore classic automobiles. Season two debuts on Velocity on June 13th at 9 p.m. ET/PT.

(New York) – After debuting in 2017 as Velocity’s most watched freshman series ever, SPEED IS THE NEW BLACK comes back for a new season of custom car builds that combine the driver’s holy trinity – style, speed and performance. Starting in June, SPEED IS THE NEW BLACK’s Noah Alexander and his team of master craftsmen at Classic Car Studio in St. Louis wow America with all new, refined, sophisticated cool vehicles that are fit perfectly for drivers who want to enjoy the open road. SPEED IS THE NEW BLACK premieres on Wednesday, June 13 on Velocity at 9PM ET/PT. Fans can also catch the first two episodes of the new season starting June 13 on MotorTrend.com and the Motor Trend App.

This season SPEED IS THE NEW BLACK features all styles of custom restorations starting with the first episode when Dale Stewart, bassist of the internationally loved rock band Seether, brings Classic Car Studio the shell of a 1931 Model A Ford. Stewart wants to turn the Model A into a mean looking, open wheel hot rod with a big engine that he can cruise around in when he’s not entertaining millions while on tour.

Other highlights from this season include: a 1957 Chevy Nomad Wagon fit for the road like an Aston Martin; a 1965 Cadillac Eldorado Convertible with a modernized cruiser and five-speed transmission; a 2005 Chevy SSR that rides like new with a Nelson Twin Turbo set-up, a GM Performance LSX short block and an air ride suspension; as well as a 1970 Ford F100, a 1953 Chevy Truck, a 1970 BMC Mini Cooper, a 1971 Chevy Chevelle, and a 1986 Chevy C10 Truck.

SPEED IS THE NEW BLACK is produced for Velocity by Asylum Entertainment and NoCoast Originals. For Velocity, Peter Neal is executive producer and Robert S. Scanlon is executive vice president and general manager of Velocity and Automotive Content.”

What do you think? Have you seen Speed is the New Black? Will you watch season two?