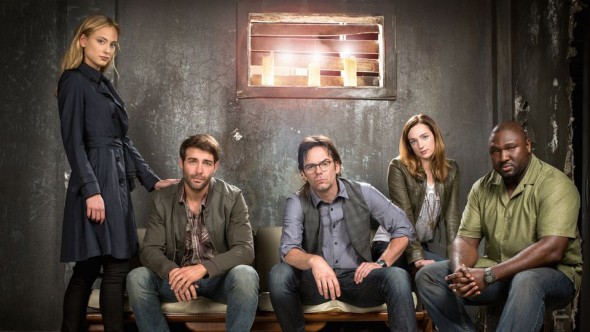 Awwww i love this show!! RENEW!! just started getting really good.. why are all the great shows cancelled!

Modern day western that was interesting and entertaining. Humans continued effort to survive and manage changes in environment and competition.

There should definitely be a season four, after 3 seasons to just leave all the viewers up in the air is just not right. This happens way to often, usually after the first season, you have to have a fourth season to finish the show at least. I would like more, but would settle for one more season. I think a lot more people would watch, especially after binge watching on Netflix. I have hears this show mentioned a lot lately.

Renew: Reason to do so. It has become very clear that CBS has been cutting back on shows to save money. There have been many shows that I have been watching that have either been cancelled or with release dates delayed. This is due to money restrains. What CBS doesn’t realize is that they are not giving fans what we want. If you air a show, then it should be from start to finish. Don’t leave fans hanging. I pay for their full access to enjoy the shows I like such as Zoo, Star Trek Discovery to name a few.… Read more »

I just finished watching Zoo on Netflix. I was hooked from beginning to end. I’m very mad it was cancelled. Every good TV show I get interested in gets cancelled. I really should quit watching any TV series. There are many reasons people don’t watch something when it’s first aired. The ratings may have dropped but there were still plenty of people still watching and new people discovering it on Netflix. Shame on all you TV executives

Renew I really enjoyed watching it. Please come back

I really enjoy this series. It was very different from anything else that networks have shown. At least give it a conclusion….you could have given the fans that and the story.

I love the show Zoo, please do not cancel this show.