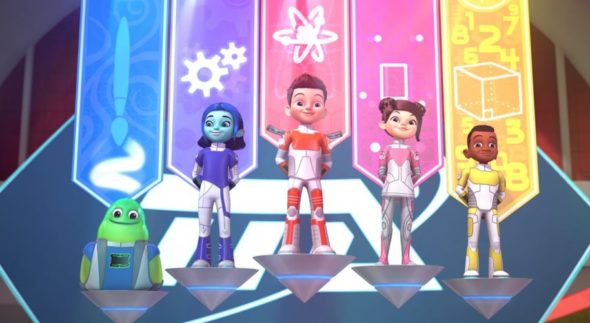 Miles from Tomorrowland is now Mission Force One, and the reason behind the name change has now been revealed.

Sascha Paladino, the creator of the Disney Junior series, revealed their reasons to The Hollywood Reporter:

“There are a lot of the same characters that you’ve seen before, but we’ve been given the opportunity to let them grow up. That’s so rare in cartoons — Bart Simpson has been the same age for 28 years — and we’re lucky enough to be able to explore what it means to see these characters grow up and get promoted basically. They’ve proven themselves over the first two seasons, and we really wanted to explore that idea of what happens when kids get more independent and start making choices for themselves and figuring out the world around them.”

Paladino also revealed what fans will see on the new season:

“Miles and Loretta and their friends are on this mission not to connect the universe anymore but to connect and protect. They have a little more [responsibility] on their shoulders. We’re a bit fan of action movies, and one of our goals was to really make this feel like an action movie for kids. Nobody gets hurt, but it amps up the excitement a lot. There is a lot of smashing of robots. We found a good balance of exciting action without being scary.”

Are you excited to see Miles all grown up on Mission Force One? Tell us what you think.