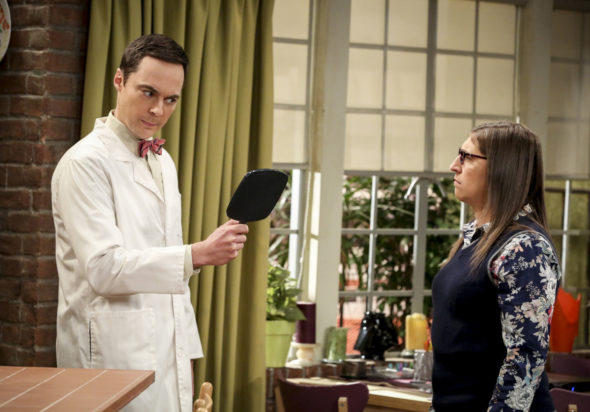 The Big Bang Theory is bringing back Bob Newhart for a special episode set to air on November 2. The episode is titled “The Proton Regeneration.” Newhart last appeared on the series during season nine, and he won an Emmy for his season six appearance.

TV Line revealed that “the erstwhile Arthur Jeffries will appear again to superfan Sheldon as his own personal Obi-Wan Kenobi to help see him through ‘another time of need’” on the CBS comedy.

The November 2 episode of The Big Bang Theory also marks the return of the series to its regular Thursday night timeslot.

Are you excited to see the return of Bob Newhart to the popular comedy? Tell us what you think.

His sense of comedic timing is genius. I was bummed when they killed him off. Glad they found a clever way to bring him back but that made his appearances more confining. Bottom line he makes any show better. Yeah, will be great to see him agaon

I truly enjoy watching Professor Proton and Sheldon’s non-committal relationship. Bob Newhart’s great acting skills always showed he had great timing and it comes into play while interacting with Sheldon and Leonard.
I have always enjoyed Bob Newhart and I am excited he is returning to the show!