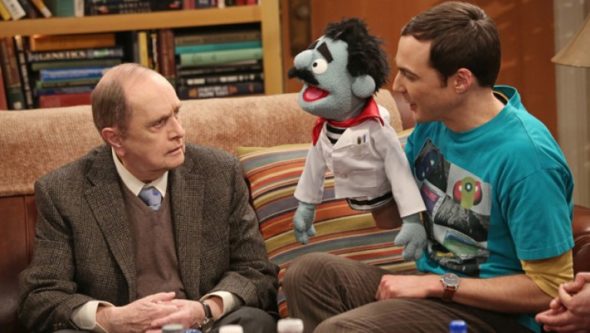 A familiar face is returning to The Big Bang Theory. TVLine reports Bob Newhart will guest on the 12th and final season of the CBS TV show.

The 12th and final season of The Big Bang Theory premieres on CBS on September 24th at 8 p.m. ET/PT.

What do you think? Do you watch The Big Bang Theory? How do you want the series to end?

A poor decision to end it this coming season.

It had a couple more in it.

I will miss the Big Bang Theory. I really enjoyed watching it.

I thought Mr. Newhart’s character on “The Big Bang Theory” passed away. The show had the character’s funeral.

I will be very sorry to see this show end. I binge-watched all eleven seasons this summer so I could be up-to-date on the show and now it’s ending! So sad.

WE ALL LOVED BIG BANG AND IT WAS SO FUNNY , NO MATTER HOW YOU END IT , IT WILL BE SAD… MAYBE AMY WANTS TO LEAVE LET HER AND KEEP THE REST.. ANYWAY SAD TO SEE ANOTHER GOOD ONE LEAVE,

Jim Parsons is the one who wants to quit.