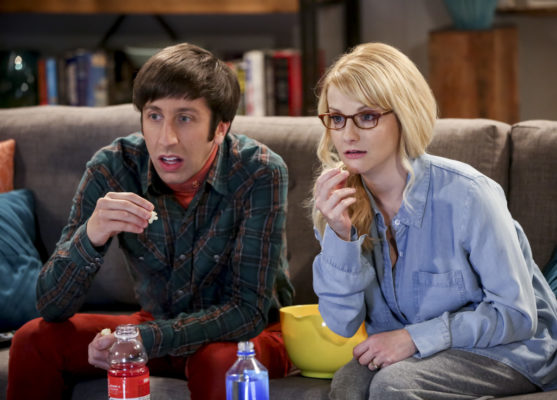 How big of a bang are you getting from the 12th and final season of The Big Bang Theory TV show on CBS? As we all know, the Nielsen ratings typically play a big role in determining whether a TV show like The Big Bang Theory is cancelled or renewed for a 13th season. Unfortunately, most of us do not live in Nielsen households. Because many viewers feel frustration that their opinions weren’t considered, the decision was made to end The Big Bang Theory, we’d like to offer you the chance to rate all the season 12 episodes for us here.

A CBS sitcom, The Big Bang Theory stars Johnny Galecki, Jim Parsons, Mayim Bialik, Simon Helberg, Melissa Rauch, Kunal Nayyar, and Kaley Cuoco. The story revolves around a group of brilliant scientists who are still somewhat socially inept, despite their progress over the years. The final season kicks off with not only Leonard (Galecki) and Penny (Cuoco), and Howard (Helberg) and Bernadette (Rauch) married, Sheldon (Parsons) and Amy (Bialik) are also now joined in connubial bliss.

What do you think? Which season 12 episodes of The Big Bang Theory TV series do you rate as wonderful, terrible, or somewhere between? Is The Big Bang Theory ending at the right time, or should it have been renewed for season 13? Don’t forget to vote, and share your thoughts, below.

Pleassssssssse keep the show going. I’d love to see sheldon and Amy have a baby, also maybe penny and Leonard. I absolutely love this show and will be heartbroken to see it end. Please give us fans at least one more season if your gonna end it. I vote season 13.

I will hate to see this show go. I would love to see Sheldon and Amy have a baby and Leonard and Penny too! It would be nice to see Raj get married and start seeing Howard and Bernadette’s children grow up!

Was not sure I liked this show at first but now I really like it and hopes it sticks around.

My vote is to RENEW… Wish they could have MORE seasons.

My family lives watching big bang weekly please don’t stop the show. It’s family night we eat, laugh, family time. We will be really sad. Season 13 and many more God willing thanks for tons of laughter you bring to our home

The BIG BANG THEORY really needs to do 2 more seasons. They haven’t finished lots of stories. Like Howard’s brother? Where did he go? Do they renovate more of Howard and Bernadette’s house? What happened to BERT? Too many unanswered questions in the past shows. PLEASE KEEP IT GOING……WE LOVE it. ALWAYS funny!

Right kill off or take the ones who don’t want to do the show to a different part of the world on a job where they can’t communicate with anyone so that way they won’t be shown maybe mentioned every so often but the just never mentioned then killed off never to have their bodies recovered so no actual funeral.