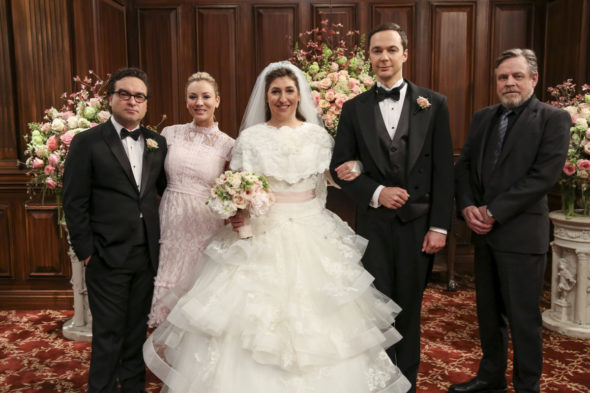 Are you ready to say goodbye to The Big Bang Theory? Recently, star Mayim Bialik shared her feelings about the end of the CBS TV show.

On Grok Nation, Bialik posted a piece about the upcoming end of The Big Bang Theory. In the blog article, she confessed it’s hard to say goodbye to the long-running CBS series:

Am I happy? Of course not. This has been my job since Melissa Rauch and I joined the cast as regulars in season 4. I love my job. I love my castmates, and I feel such appreciation for our incredible crew, our brave writers, our entire staff, and our amazing fans. So many people are a part of our Big Bang family.

This is hard. I love coming to work and pretending to be Amy. She’s a riot. She’s me, and I am her. And soon she will not be mine to create.”

The 12th and final season of The Big Bang Theory premieres on CBS on September 24th at 8 p.m. ET/PT.

What do you think? Are you a fan of The Big Bang Theory? How do you want the series to end?

I love this show I have arched every episode and pray they continue their quest on the show. The best by all shows on tv

Hate to see it go. Give good laughs when other things today are not so funny

Not ready to see this show end. Hopefully they will change their minds.

Great Show love the cast story lines . But everything has an End .

Yes I’m a fan and I think it should get another 2 years , come parsons

I am a fan of the show. But when Cast Members make ” good bye” videos, I can’t feel sad. These actors will be rolling in syndication money for decades.