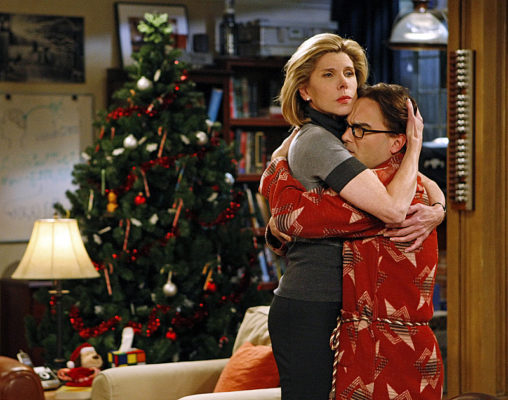 CBS is going all out for the Big Bang Theory finale. Entertainment Tonight reports Christine Baranski will appear in the TV show’s upcoming series finale.

During a recent interview, Baranski confirmed she will star in Big Bang Theory‘s series finale, which is set to debut on CBS on May 16th.

What do you think? Are you a big fan of The Big Bang Theory? How do you think the series will end?

Hopefully Laurie Metcalf will be in the finale too.

I wish the actors well sorry it wasn’t that funny

Please cancel big bang theory because I love that show so much.

I would like to see everyone get into a working elevator going to dinner to celebrate Amy and Sheldon’s baby announcement. Elevator doors close end scene….end series…..life goes on. Sad to see the end of my favourite show.

I’m VERY SADDENED to see The Bid Bang Theory END it’s one of My Favorite Shows. I have watched it from the beginning.
Good Bye to ALL the Cast and crew members….

I’m just happy to see Christine on any show! She is great. Too bad she won’t sing and dance too.

I think Big Bang Theory will end on a big happy note, for all. Baby for Amy & Sheldon, and many other good things. Thank You, We loved that show!!!! Will surely miss it! Thank You!!!