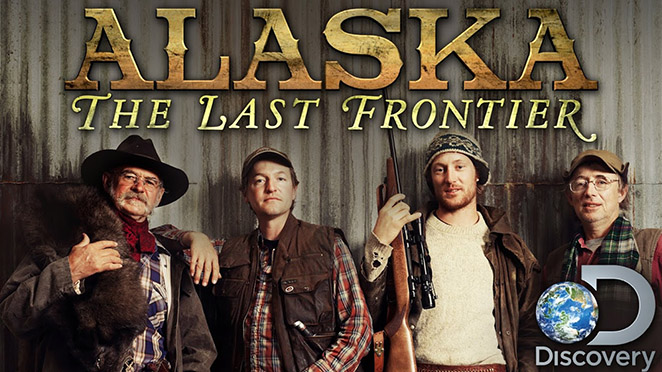 Get ready for the return of Alaska: The Last Frontier. The reality series will return with its seventh season next month, and viewers will see more of The Kilcher Family.

Discovery Channel revealed more about the return of this series in a press release. Check that out below.

“For eighty years, the Kilcher family has flourished in the deep Alaskan wilderness, but with chronic damage to the homestead, the family legacy is jeopardized, and the Kilchers embark on their greatest challenge yet: a complete homestead overhaul. Will the Kilchers be able to reconstruct and ensure the homestead’s survival, or will their way of life come to an end? The new season of ALASKA: THE LAST FRONTIER premieres Sunday, October 1 at 9PM ET/PT on Discovery Channel.

This season, in an exciting first, Alaska: The Last Frontier goes LIVE! Each week, for 2 wild minutes, fans get direct live access to their favorite Kilchers- and the opportunity to ask them anything, in a fast-paced, off-the-cuff, completely unscripted, question and answer session. For years, viewers have invited the Kilchers into their living rooms, like family. Now, they can enter the Kilchers’ living room- virtually.

There will be plenty to talk about, because, to guarantee a successful overhaul, the family will need to utilize every piece of heavy machinery in their arsenal to repair age-old structures, improve the family’s water system, revamp fences, construct new buildings, and protect the animals. But first they must dig out from the worst snowstorm in four years. This season brings bigger builds and dangerous missions that could shape the future of the homestead forever.

Singer-songwriter Jewel returns to the homestead and gets her hands dirty – felling trees and wrangling cattle with her father and brother. The Kilchers will face life-changing challenges that test family relationships while forcing them to think on their feet and test their limits.

While the overhaul is the biggest challenge the Kilchers face this season, it certainly isn’t the only challenge. The Kilchers band together and venture into the wilderness on a mission to rescue a marooned tractor that’s crucial to finishing Shane and Kelli’s long overdue cabin build on the homestead. Meanwhile, Otto and Jane, along with the help of their homesteading neighbors, travel over 140 miles to the distant shores of Kodiak Island for what could possibly be the most dangerous mission in the homestead’s history… relocating a herd of wild buffalo by boat. Will the Kilchers finally be pushed to their limits or will they come together to ensure the family’s legacy lives on for future generations?

Are you a fan of Alaska: The Last Frontier? Will you check out the new season? Tell us what you think.

I Love this show ! It’s so exciting and interesting to see what Otto and Eivin come up with next. It’s also educational. S0 Please, Please Don’t Cancel

II love the show. It’s always exciting and Can’t wait for it to show.

No personal attacks here I just love Alaska the Last Frontier. My best friend has lived in the same area for 35/40 years. I just love to see how the Kilchers live, love, garden, hunt, fish, and raise cattle. I’m a faithful fan until the Kilchers no longer want to do the show!!!!! I just hope Discovery Channel loves doing show as much as we love watching it!!!!

I think I saw the season last year. I love to watch the show when am I going to see something new.

I like the show, but I can’t help but wonder as to how the Kilcher’s afford all the goodies (at least two cargo load boats, assortment of heavy construction equipment, private fishing boats, etc.) with a “sustenance lifestyle”?

you guys are very entertaining. Bush people are so fake and Last Frontier is so real. ATZ really is the epitome of a western hero like Atz Lee said. WHAT A MAN! Atz Lee you can be that man also as you have the genes. I am crusing to Alaska I May and I can’t wait. Homer unfortunately is not on the agenda. I have watched since day one and you make me want to move to Alaska!

This is a good show – Otto is great! I watch this every week!
I wonder if I could live that life style

Love the show! Watching your show for me, is very thrilling, exciting, and sometimes sad. Thank you for the adventures. I can’t wait to see what happens next!

I love the show.please don’t cancel.i watch every episode but most are repeats.please could we have new episodes.best show ever

Love this show. Have watched from the beginning. Lots of insight into each family member, but still some questions about some family members like the younger kids …Jane’s kids…Love the way she stands up to grumpy Otto when he gets cross wise of the family. Shame Otto. She is the best help and always so willing to be there.

The absolute best show on tv. I could watch this all day everyday. I love the entire family but Jane your are the woman. I wanna come to Alaska and go fishing with you girl. And Otto, I could be having the worse day ever and cut on an episode and no that somewhere along the way that Otto is gonna say or do something hilarious. Thanks guys for an awesome show, and for heaven sakes DO NOT cancel this show. That would be a horrible thing.

I love this family. I’ve watched them over the past year grow as one. I’m 55 years old I lived on a small farm as a child and each time I watch I long to go and be apart of this family. I’m a hard worker a good person but I find here in the city I have nothing incomen.Please help me to get in touch with em to see if they like me and let me join there life long adventures. I’m not crazy not have I ever been in trouble but my life fills as I’ve prisoned myself… Read more »