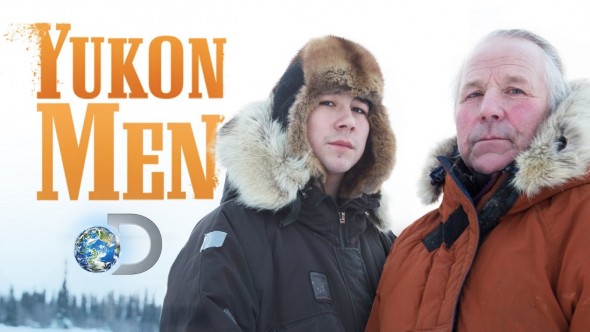 Discovery Channel is going back to the Yukon. The network has announced a new season of their series, Yukon Men, will premiere in March.

The unscripted series chronicles the residents of the isolated Alaskan village of Tanana near the Yukon River.

The new season will see the Tanana inhabitants face a large and destructive wildfire that threatens their livelihood. The new season begins on March 18th at 10 p.m. ET/PT.

(New York, NY) – Clinging to the banks of the Yukon River is a town on the brink of civilization: Tanana, Alaska. YUKON MEN, which premieres on Discovery Friday, March 18th at 10PM ET/PT follows the residents of this isolated village as they carve their existence from the frozen tundra.

This season, the villagers of Tanana face extinction as the largest wildfire in the country ravages the Alaskan wilderness and threatens to wipe the town from the map. When the smoke clears, the land is in ashes. The wildlife they depend on has fled. They face an uncertain future in a world more dangerous than ever. Each man and woman will be pushed to their limit as they fight to adapt to the harsh new landscape and reclaim their lives on the edge of the world.

What do you think? Do you watch Yukon Men? Will you watch the new season?

I was an Air Force radar technician stationed at Fort Yukon in 1969 and again at Galena in 1973. Both of these sites are up river from Tanana , by about 150 to 200 miles. The Athabaskan indians had a very hard existence and I did not envy them. As a member of the US Air Force we were well provided for in creature comforts, but it was still difficult being away from our families for a year at a time. Watching Yukon Men on TV brings back old memories of traveling down the Yukon and up the Porcupine rivers… Read more »

It’s the most believable of all the Alaskan shows. Big fan….

I think this is a great show. I watch all the episodes.

I love the show. Please bring it back!