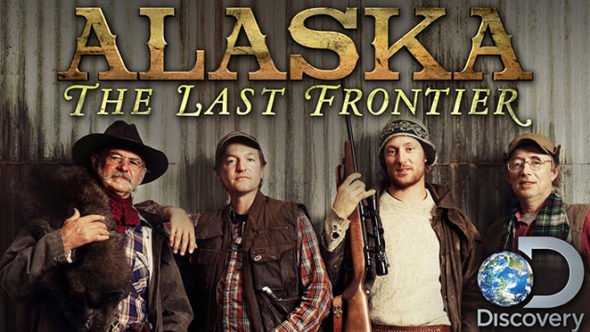 Discovery Channel is headed back up north. Recently, the network announced season eight of Alaska the Last Frontier will premiere in October.

The docuseries follows the Kilcher family, who have lived in the Alaskan wilderness for more than 80 years.

(Los Angeles) – For more than 80 years, Yule Kilchers homestead legacy has survived in the Alaskan wilderness on perseverance and commitment of his family. This past year, the Kilchers endured severe weather conditions, damage to the homestead and unexpected setbacks, but with spring around the corner, the family is gearing up for new opportunities and fresh adventures. The new season of ALASKA THE LAST FRONTIER premieres Sunday, October 7 at 9PM ET/PT on Discovery Channel.

After months of darkness, spring and its brighter days are a welcome change on the homestead. The Kilcher family celebrates the warmer weather by exploring new, remote Alaskan terrains to source different game and learn new homesteading skills. After a long winter, the Kilchers need to restock their meat supply, so Jane and Atz Lee venture to Adak Island in search of caribou while Otto and Eivin head to Red Mountain for fresh game.

The start of the season brings the return of familiar faces to the homestead – Levi, Otto’s oldest son and Eve’s childhood friend, Tela return in hopes of passing their homestead upbringing on to their children. Singer-songwriter Jewel also returns home so her son Kase can learn valuable skills in the wild from his grandfather.

Pursuing his father’s pioneer spirit, Atz Sr. embarks on one of his biggest challenges – building the family’s first floating homestead. He finds an abandoned barge and sets out to make it an extensive floating homestead that he and the family can use to travel. Also, for the first time in the homestead’s history, Otto and Charlotte’s livestock face mysterious predator attacks. Will the Kilchers continue to thrive in the deep Alaskan wilderness, or will unpredictable setbacks hinder the Kilchers homestead legacy?

What do you think? Have you seen Alaska the Last Frontier? Will you watch the new season?

I love Alaska the Last Frontier. I will watch it until it goes away. And I hope it goes on for a very long time. Thank the cast for sharing their lifestyle. Most people would never get a chance for the education. I love snow so I pretend I’m on their homestead.

Has Alaska The Last Frontier been renewed for 2020? All I can get is “reruns” I have seen before. Have loved the show from beginning. Also Mountain Men.
Now Homestead Rescue is a tremendous addition !!

Love the series but where did it go? Seems to have just dropped away