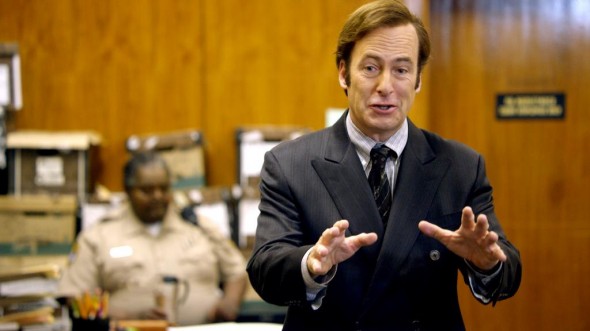 AMC has announced that their Breaking Bad follow-up, Better Call Saul, will debut on Sunday, February 8th at 10pm. The second episode will air the next day, Monday, February 9th, at 10pm.

There are 10 episodes in the first season and Better Call Saul has already been renewed for a second season.

Here are the launch details:

“Better Call Saul” is set six years before Saul Goodman meets Walter White. When we meet him, the man who will become Saul Goodman is known as Jimmy McGill, a small-time lawyer searching for his destiny and hustling to make ends meet. Working alongside and often against Jimmy is “fixer” Mike Erhmantraut, a beloved character first introduced in “Breaking Bad.” The series will track Jimmy’s transformation into a man who puts the criminal in “criminal lawyer.”

As previously announced, season one of “Better Call Saul” will consist of 10 episodes; the series has already been greenlit for a second season of 13 episodes.

Whether commemorating favorite films from every genre and decade, or creating acclaimed original programming, AMC brings to its audience something deeper, something richer, Something More. The network reigns as the only cable network in history ever to win the Emmy(R) Award for Outstanding Drama Series four years in a row with “Mad Men,” and six of the last seven with current back-to-back honoree, “Breaking Bad.” The network boasts the most-watched drama series in basic cable history and the number one show on television among adults 18-49 for the last two years with “The Walking Dead.” AMC’s original drama series include “Mad Men,” “Breaking Bad,” “The Walking Dead,” “Hell on Wheels,” “TURN: Washington’s Spies,” “Halt and Catch Fire” and the forthcoming “Breaking Bad” prequel “Better Call Saul,” “Humans” and “Badlands.” AMC also explores authentic worlds and discussion with original shows like “Talking Dead” and “Comic Book Men.” AMC is owned and operated by AMC Networks Inc. and its sister networks include IFC, SundanceTV, BBC America and WE tv. AMC is available across all platforms, including on-air, online, on demand and mobile. AMC: Something More.

What do you think? Do you plan to watch the premiere of Better Call Saul on AMC? Do you think it will be a success?

Excellent premise allowing significant Breaking Bad characters to seduce me again as a voyer of their seedy lives. Vince Gilligan and Peter Gould deliver quality that is so far above the standard that even if “Better Call Saul” was their worst it would still be one of the best. I’m in.

YES!YES!YES! Saul will be watched!!! LUUUUUUUVED him in “Breaking Bad” as much as JESSE, if not more! 🙂

Looking forward to watching this show!