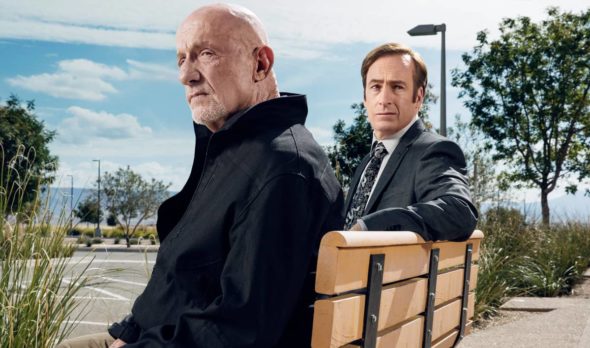 What can fans expect from the new season of Better Call Saul? Recently, creators Vince Gilligan and Peter Gould spoke with The Hollywood Reporter about the AMC TV show’s upcoming fourth season.

Season four is so good. It gets darker, it gets richer. It’s still got funny in it, but on the Venn diagram of Breaking Badand Better Call Saul, the overlap in the center is getting bigger and bigger.”

Gould even teased the appearance of a “very important character”:

What do you think? Do you watch Better Call Saul? Are you excited for the new season?

One of the best shows ever………great in every way. Gilligan and Gould have hit another one out of the park. Great talent, great writing, real characters. Will miss Chuck though, loathsome as he was. Michael McKean fabulous.

Whose to say Chuck is dead and didn’t put out the fire before it spread?

Can’t wait for Season 4!!!! Love it and the teaser of meeting a “character” from Breaking Bad makes the anticipation even greater. Better believe I will be watching.