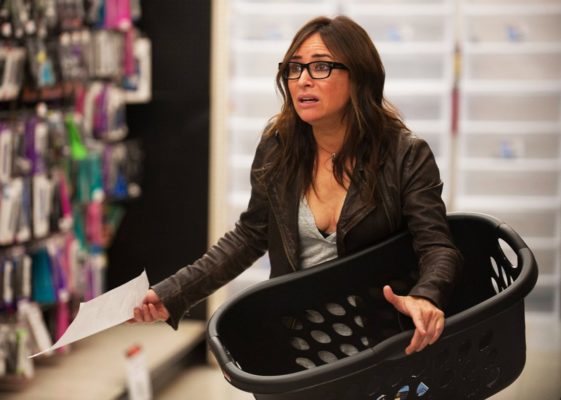 FX knows a good thing when it has one. Deadline reports the network has renewed Better Things for a second season.

Only two episodes in, Better Things hasn’t received the strongest ratings. So far, it’s earned an average of .26 in the 18-49 demo and 621,000 viewers. However like FX’s other new comedy, Atlanta (which was also just renewed), the show has garnered strong critical praise.

It’s really gratifying to launch two new comedies that have received overwhelming critical acclaim right out of the gate and that are emblematic of FX’s award-winning brand. It is clear to us that Atlanta and Better Things have struck a nerve with viewers, which is a credit to Donald Glover’s vision for Atlanta and Pamela Adlon’s vision for Better Things. They, along with their spectacular casts, writers and directors, have created exceptional shows that we are incredibly proud to produce.”

What do you think? Have you seen Better Things? Are you glad it’s been renewed?

One of the best shows in years. I love it!

I’m in love with Better Things! We should have more mom’s like her. I wanna grow up and be just like her. WAIT to late my son’s 18 he’s already fucked up. So I guess I’ll just go with I hope I’m as half as awesome as a mom as she is. Thank for keeping it on the air. I haven’t laugh as much as I do as when I’m watching the Better Things. My stomach hurts after I’m done watching every time. But im willing to go through all that pain thats how much i love your show. Please… Read more »

Better Things season two – woohoo!! Yes, very good news to see this series picked up for a second season; I was hoping it was renewed. FX kudos. -Adam/Dallas

THRILLED that Better things is renewed. Alittle upset and bummed that you can’t watch Season 1 on either FX Networks on line page, nor through Netflix, Amazon Prime, HULU, or Dish FX on Demand.

I love Better Things! I told my daughters to watch it because they will love it too! I even have my calendar set for Thursdays at 10. I’m so glad it wasn’t canceled. Thank you!

I loved this show. I related to it. It felt like Sam was me. I hope this show did not get cancelled.? That would be a disappointment.

Loved season 1. Wish it were longer

So happy this show was renewed for 2nd season! Just watched all episodes on OnDemand and feel in love with this show!!! Can’t wait for second season. Thank you!!!

So happy! Just binge watched season 1! When is season 2 airing?

Love the show…can totally identify with it….puts humor in places there is none.

Love love love Better Things! The cast, the story all of it!
I’m very happy it has been renewed for a second season!!

So happy to hear that “Better Things”has been renewed! It’s a fabulous show.

I have, since The Days and Nights of Molly Dodds, looked for quirky programming. Better Things is a well written comedy offering.