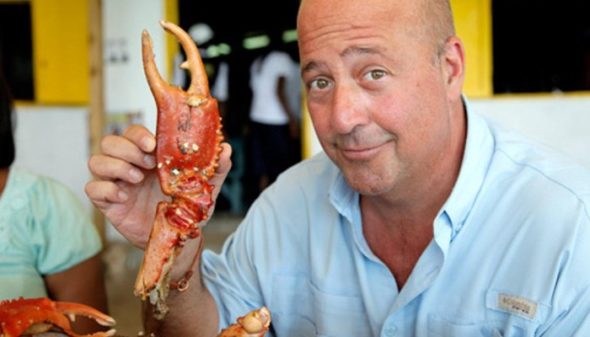 The docuseries follows Zimmern “as he shares the secrets behind popular dishes in the most delectable food destinations in the United States and abroad.”

NEW YORK (March 26, 2018) –Travel Channel has triggered a 52-episode order of its irresistible series, “Bizarre Food: Delicious Destinations,” hosted by James Beard Award-winning chef and culinary explorer Andrew Zimmern. As one of the network’s top-rated shows among A25-54, the series attracted more than 7.6 million total viewers during the last season. It also posted a 14 percent ratings gain among W25-54 versus its prior season. In each half-hour episode, Zimmern takes viewers on an edible journey as he shares the secrets behind popular dishes in the most delectable food destinations in the United States and abroad.

“Enthusiastic viewers have followed Andrew throughout the world in this series, and now we have many more places to take them,” said Courtney White, senior vice president, programming, Travel Channel, Food Network and Cooking Channel. “‘Delicious Destinations’ is the perfect show that highlights three things viewers can’t get enough of: fascinating places, mouth-watering food and great storytelling.”

What do you think? Have you seen Bizarre Foods: Delicious Destinations? Are you glad there’ll be more episodes?